Lions roar back into Locke Park... 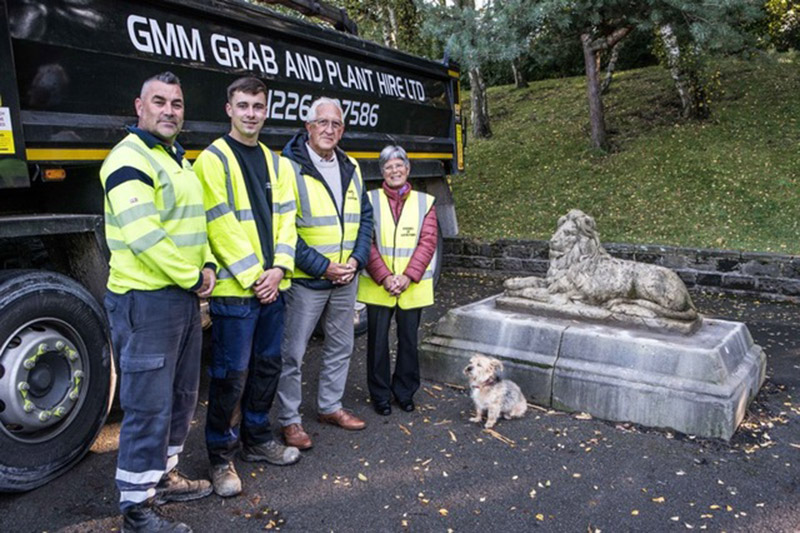 A PIECE of Barnsley’s history has returned to Locke Park this week in the form of two ferocious big cats.

The Friends of Locke Park have paid for two stone lion statues on plinths to be installed into the park, with the first one being set up near the main entrance this week by contractor GMM.

The statues are not strangers to Barnsley residents, with many remembering them being in Locke Park in the 50s and 60s.

However, they were removed in the 70s. David Allen, chairman of The Friends of Locke Park, said the group had been planning to bring the lions back for about two years.

“When we installed the first plinth on Monday we went to the cafe and sat down to have a cup of coffee and we could see people going up and looking,” said David.

“There were grandparents taking children for a photograph and it was great.”

David added that it took the group a long time to sort out the lions, which are different lions to the originals but are installed on the same plinth.

“We have had the plan to replace them for years. Looking for the lions was the biggest job. We actually ended up getting them from Cawthorne but we had been looking for them for around 18 months,” said David.

Local historian Dave Cherry said he has memories of the statues as a young lad back in the 50s and said they were popular, particularly with young children.

He said: “The lions are a piece of Barnsley’s social history. They were part of the culture of the town and there was no vandalism in those days and it was a necessity to sit on them when you were young.

“The Friends of Locke Park have done a great job and they are a credit to the town.”

The friends ask for anyone who may be interested in joining them, either to help with maintenance or with events or, to simply give support whenever they can, to get in touch with David Allen on 07703 403442.