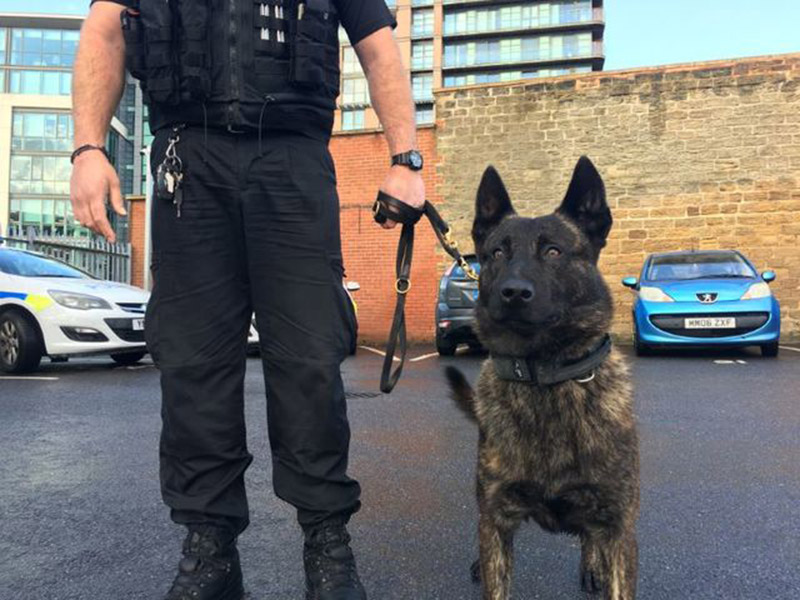 A BOROUGH-WIDE crime blitz saw police officers look to catch criminals ‘on the back foot’ on Friday.

Operation Duxford, an operation tailored to the concerns of local residents, returned to Barnsley and saw more than 150 officers take to the streets on warrants to properties in the borough, for offences from drug possession to stolen property.

Officers were out from 7am in what chief inspector Andy Berriman referred to in his briefing at Barnsley Police Station as ‘policing with purpose’.

“This is about a positive message,” he said.

“Duxford is like turbo-changing our daily policing response. We need to be out there, highly visible, talking to people and telling them at every opportunity just what we’re doing today.

“The public want to see criminals on the back foot and us taking control of our communities and making people feel safer.”

The Chronicle was invited on one warrant, at a property in Station Road, Royston, where a number of weapons – including two swords and a crossbow – were found by officers.

The occupant of the property was questioned, where he disclaimed the weapons which were then seized and will be destroyed.

Chief superintendent Scott Green said the operation was about taking action following feedback from communities, and tackling the issues that matter to people the most.

While full results will not be disclosed until later, a number of successful warrants were reported including in Worsbrough where a man was arrested for possession with intent to supply after officers found what is believed to be Class A drugs, and in Goldthorpe where more than 20 cannabis plants were uncovered.