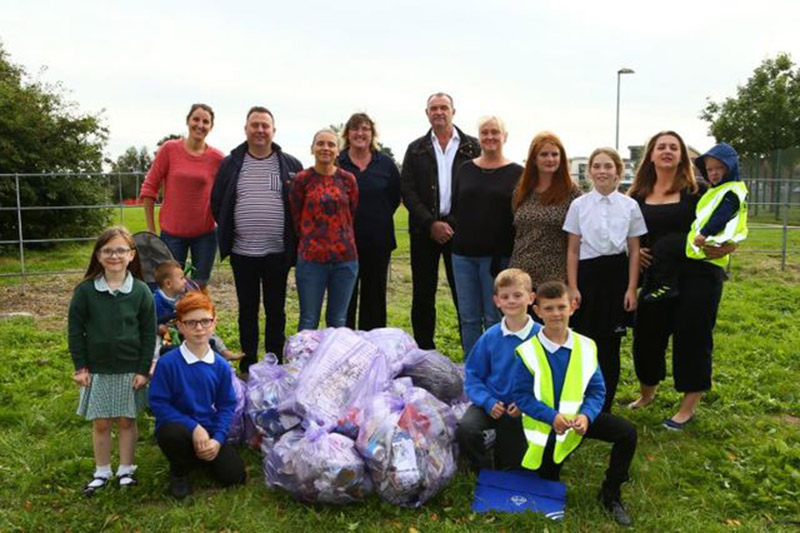 A GROUP has taken litter into their own hands and collected more than 200 bags of waste in Kendray.

The Friends of Kendray and Farm Road Park Facebook group, which has amassed more than 425 members, has been campaigning for cleaner streets in the area.

Kay Thewlis, of Broom Close, Kendray, started the Facebook group after her pet was injured on smashed glass which was left on Farm Road Park.

“I was taking my two grandchildren to play at the park and was disgusted by the state it was left in,” she said.

“There was litter everywhere. My dog cut his paw on a piece of broken glass left on the floor. After this, I knew that it could be dangerous so I reached out to a friend who suggested we start a Facebook page to keep the park safe and tidy.”

Because of the success of the initial Facebook group, other Kendray-based pages have been formed including Neville Avenue, Larch Place and Swanee Road groups.

Kay, 48, added: “At the moment, we have more than 425 members on our main page with eight main litter pickers who go around the area and pick regularly.

“Last week alone, the members spent around 40 hours litter picking and have collected more than 200 bags of litter since we began.

“Members and families have been going out litter picking and being social which has helped them with weight loss and mental health issues. We have had the full support of our local independent councillor, Andrew Gillis, who has happily got his hands dirty for our cause.”

The members want to continue their work and keep expanding. “There are some beautiful gardens in Kendray. Now that there’s been noticeable change, we want to award the Best Garden and Best Litter Picker in Kendray to showcase all of the hard work and keep people picking,” she said.

“With the help of the Ward Alliance, we are also hosting a fun day on October 6 at Farm Road Park. The event will help promote the importance of keeping your local area clean with games, stalls and tombolas.

“I’m glad that there has been noticeable change in the area, and I hope we can continue to clean up Kendray and keep it safe.”