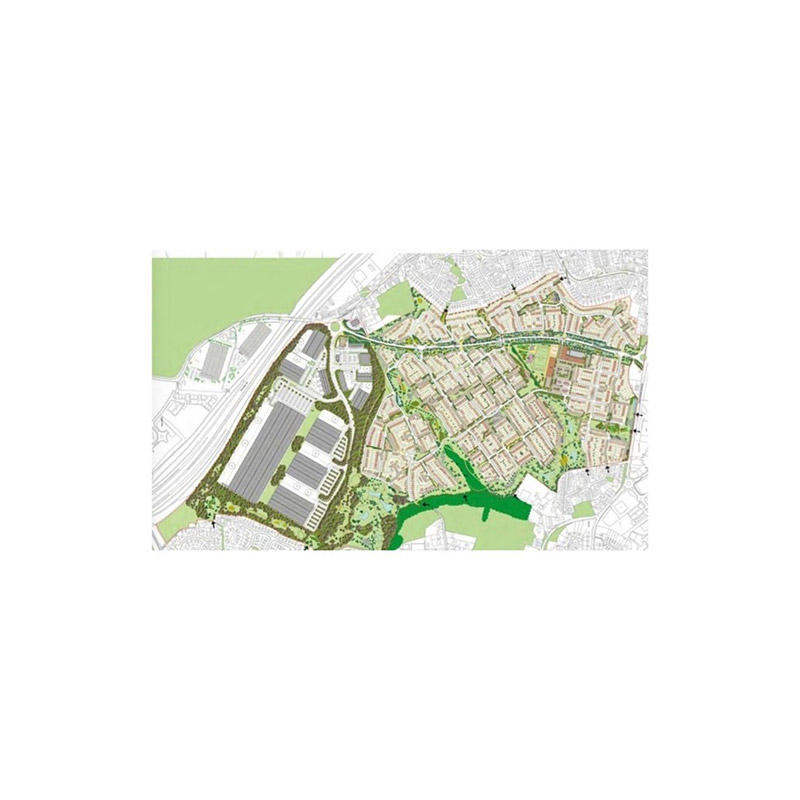 A CONTROVERSIAL scheme to develop a major tract of Barnsley’s green belt will reduce congestion thanks to a new relief road which is included in the fiercely contested plan, according to a councillor.

Coun Sharon Howard, who represents the Darton West ward, told cabinet members that the relief road which is included in the Barnsley West MU1 masterplan will ‘bring a solution’ to Higham Common Road’s congestion.

The site is bordered by Pogmoor, Higham, Gawber and Barugh Green and is currently open fields but 1,700 new homes, a new primary school and employment land with a link road connecting it to the M1 could be built on it in the future.

“Hopefully the road will divert traffic away from Higham Common Road as it’s really narrow - highways officers will be working on this over and above what they normally would do,” she added.

“The relief road will bring a solution to that area and while the message to residents is that the local plan’s already been agreed, it’s important they have their say on what goes on this site.

"I encourage everyone to do exactly that through the consultation process. Two more will be set up specifically for Redbrook’s TARA (tenants’ and residents’ association) which is close-by and Keep It Green 2014.”

He added: “The housing estate is effectively a new village - how can the prospect of having up to 5,000 residents in that area possibly reduce congestion?

“Add the HGV traffic associated with the warehouses which have also been allocated to be built on the site and most people will see that a relief road will not do anything for surrounding villages’ traffic concerns.”

A community consultation on the MU1 masterplan started yesterday and will run until October 24, with two drop-in sessions which will be held on September 23 at Barugh Green Private Members’ Club and St Thomas Community Centre, Gawber, on October 10, both from 3pm until 7pm.

Coun Tim Cheetham, cabinet spokesperson for regeneration and culture, said: “MU1 is the largest masterplan area proposed in Barnsley from the local plan and it’s important we consider the impact of the potential development through this framework.

"The consultation will provide nearby residents, businesses and community groups with the opportunity to shape the future of the site.

"I encourage anyone with an interest in the area to complete the online consultation or attend one of the drop-in events.

“Your views are important to us, and all feedback will be analysed to inform the final masterplanning framework.”

Visit barnsleywest.co.uk to have your say online.