Alf rolled over by mystery fire 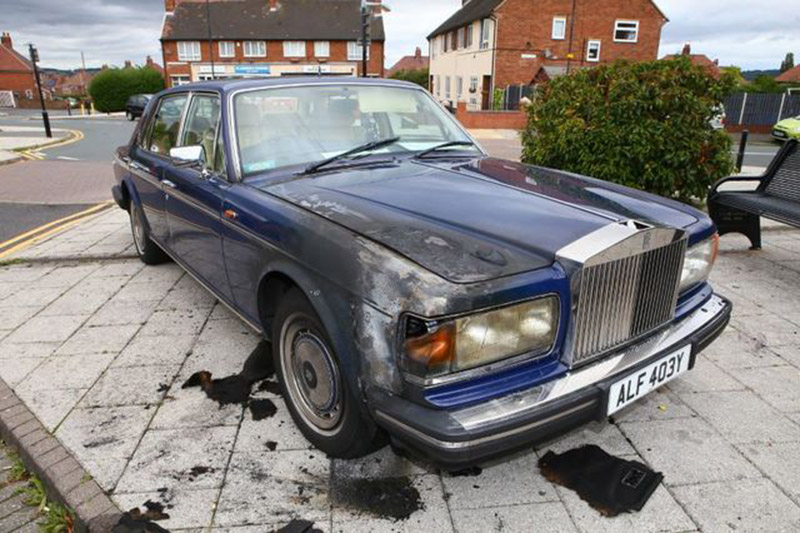 A VETERAN motor enthusiast from Bolton-upon-Dearne was just metres away from his beloved Rolls Royce as it went up in flames on Wednesday.

Alf Bettney had just come back from a classic car show with the Rolls Royce Silver Spur III, and says he had no warning there was anything wrong as he stopped for an idle chat with an old friend.

“I was talking to my mate and turned round and it was on fire,” said Alf, 76.

“We got a couple of fire extinguishers and managed to put it out before the fire engine came. I still don’t know what happened.

“I hope it’s recoverable. It’s 25 years old. I’ve never had to use the breakdown services because, as they say, Rolls Royces never break down, they just fail to proceed.”

Alf had left the car parked on St Andrew’s Square on Wednesday night. The fire looks to have started on the driver’s side, with the flames warping the bonnet and headlight.

Alf estimates the car to be worth around £20,000, but is yet to find out the full extent of the damage – and is worried he may no longer wake up to the sight of it on his drive.

He bought the Roller when he gave up motor bike racing – only three years ago at a sprightly 73 – to stop his ‘withdrawal symptoms’ from the track.

The former publican, who used to run the now-closed Crown at West Melton, started racing in 1961 – and said he would only retire ‘when they started beating him’.

And although they never did, he moved onto four wheels as he could be seen cruising around the Dearne in the navy 1995 saloon, regularly travelling to shows at Cannon Hall or Wentworth Woodhouse.

A spokesman for South Yorkshire Fire and Rescue confirmed the fire was due to an engine fault.

A crew from Dearne was called to St Andrew’s Square at 8.40pm on Wednesday, and came away half an hour later with investigators logging the fire as accidental.

New booster vaccine to be rolled out