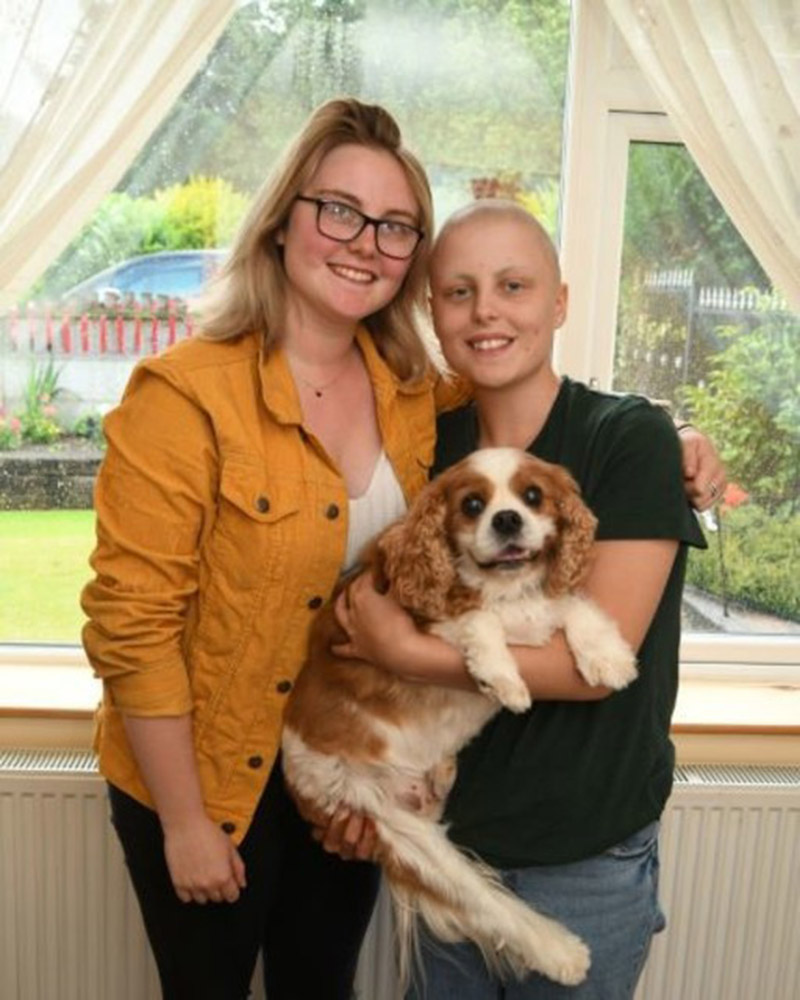 A YOUNG student was devastated when she found out her little sister had been diagnosed with leukaemia - and it came as a second blow when she discovered she couldn’t help her because she wasn’t a donor match.

However, Chloe Methley, of Thurgoland, was determined to do something to help, raise awareness and raise funds for Cancer Research UK in honour of her sister Georgie, 18, who was diagnosed with acute myeloid leukaemia three months ago.

The 19-year-old is doing a 200 mile bike ride across the month of September to raise £300 for Cancer Research UK.

Chloe, who is in her second year at the University of Lincoln studying BA Criminology and Sociology, has already raised more than £1,200.

Georgie is awaiting a stem cell transplant at the end of the month. Stem cells can form into any type of cell in the body and the transplant will help Georgie be able to undergo further chemotherapy.

“When we found out Georgie was ill the first thing I wanted to do was to find out if I was a match,” said Georgie.

“I wanted to help in any way I could.“Unfortunately I wasn’t a match, but that didn’t mean I couldn’t help. I decided I was going to do some fundraising but didn’t know what.

“I came across Cancer Research UK’s Cycle 200 and thought ‘yeah that’s something I can do’. I set my target at £200, £1 a mile, and didn’t even anticipate getting that.

“I was gobsmacked when I hit £200 in eight hours, and in absolute awe of everyone who donated to get the total to £1,250 in four days - it’s crazy.

“People are calling me selfless for doing this, but I think the people that donate are the true heroes.”

Kristina Clayton, mum of both girls, said the diagnosis has been devastating for the whole family, but they are determined to do their best to get through.

Kristina, 44, said: “Georgie is never poorly usually, but she went to our GP with severe earache. She was prescribed antibiotics for what they thought was an infection and felt better, but came out with a bruise on her leg.

"We then had an out-of-hours appointment at Barnsley Hospital and we were told it was leukaemia.

“It has been just over 13 weeks since the diagnosis and she has only had two weeks at home. Our family have been through Hell and Georgie has been through three lots of intensive chemotherapy.“

Chloe will be riding 200 miles on her bike over the month, which will include routes to Manchester and Lincoln.“Georgie and I have always been really close she literally is my best friend,” said Chloe.

“I wasn’t at home at the time she was diagnosed, I was away, and my family didn’t tell me until I got home not wanting to ruin my holiday. It honestly felt like I had a heart attack. I felt sick, dizzy and everything just kind of stopped.

“Although I’m doing this for Georgie, cancer effects everyone, whether you have it, know someone who has it or otherwise, so all this money is helping everyone in some way.”

Chloe is aiming to raise as much as possible for Cancer Research UK.To donate, find Chloe Methley on Facebook.