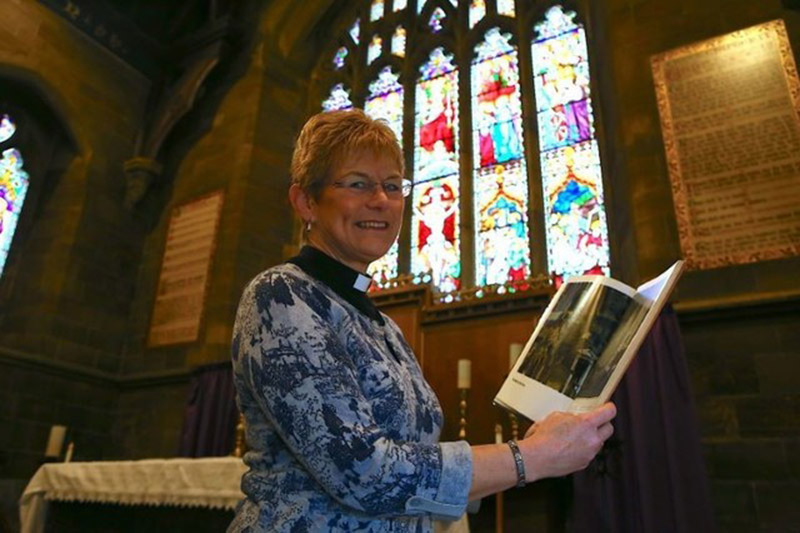 THE countdown is on for a vicar’s marathon walk in aid of mental health charity MIND.

And Rev Maureen Browell of Silkstone has already netted more than £2,000 in fundraising for the local branch of the organisation.

This follows a surge in sponsorship. Only a few weeks ago her total stood at around £1,200 as she prepares to walk 62.5 miles of St Cuthbert’s way.

The walk is due to start on September 8 or 9 and Rev Browell expects it to take four days.

“Fundraising is going really well,” she said this week.

A final fundraising afternoon tea and raffle is planned for September 29 at the Silkstone vicarage when she will announce the total amount raised - hopefully with someone from MIND in attendance.

The challenging walk has poignancy for the vicar as she recovers from the death of her husband, Andrew Browell, in January.

And the length of the route matches her years - 62.5.She is taking on the challenge alone in contrast to feat she achieved last year - climbing the three highest peaks in England, Scotland and Wales in just 24 hours.

Then she was with two friends from Silkstone and succeeded in raising £4,000 for MIND nationally.

“I’m doing this to raise money for the local branch because I’m passionate about improving the inadequate services available locally for the increasing number of people suffering mental health problems,” said Rev Browell.

“The situation is especially difficult because local authority funding has ceased, so the charity is even more dependent on fundraising by supporters.”The route of St Cuthbert’s Way covers the Scottish Borders and Northumberland, and runs alongside the River Tweed before crossing the Cheviot Hills and ending on the island of Lindisfarne via the Pilgrims Way.