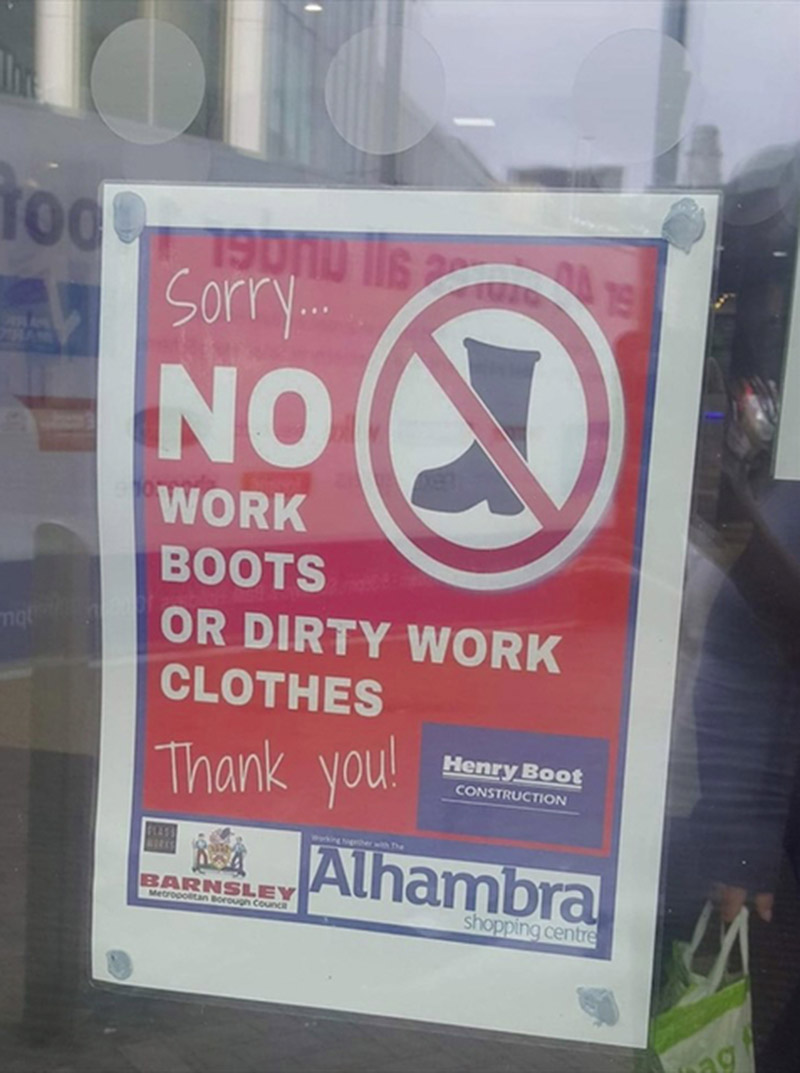 A SIGN ‘prohibiting’ construction workers from entering the Alhambra Centre has been removed following public backlash.

The shopping centre contacted construction giant Henry Boot, responsible for the town centre’s redevelopment, amid concerns about the amount of dirt that was coming into the centre.

Henry Boot created a sign for the Alhambra which stated that ‘no work boots or dirty clothes’ were allowed in the centre.

The sign received a lot of criticism online – with shoppers saying the sign was discriminating against tradesmen and the centre was being ‘picky’ about its clientele.

A spokesman from the Alhambra Centre said: “The sign was supplied by Henry Boot as a reminder to their contractors to refrain from walking straight from site through the centre without cleaning their boots and depositing cement or soil onto the centre floors presenting a potential hazard to members of the public.

“Our interest is in the safety of the public.

“After the confusion caused by this sign, it has since been removed from the doors and Henry Boot are communicating the message directly to their staff on site.

“We apologise for any misunderstanding.”