Eddie's poetry in print after 30 years 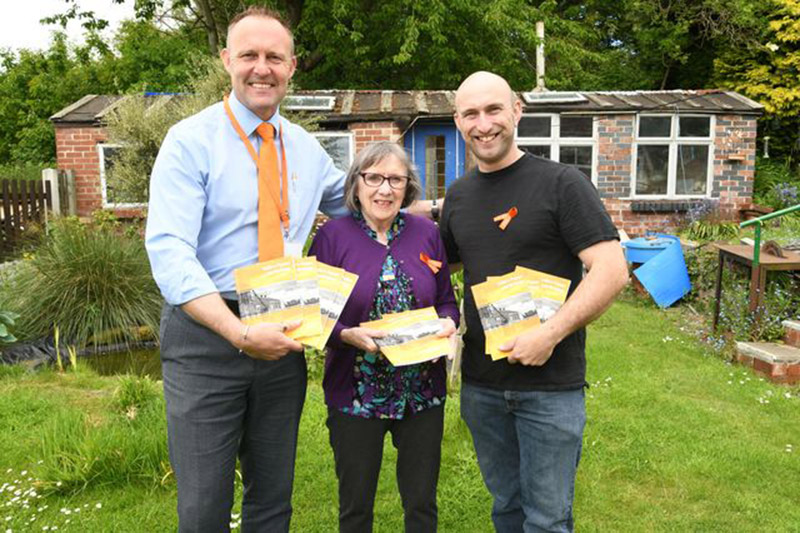 A WOMAN has published a book of poems written by a man who died more than 30 years ago.

Margaret Willis, 76, of Valley Way, Hoyland, worked as a relief worker for Barnsley Council in the 1980s. She visited old people at their homes, making sure they had everything they needed and their welfare was in check.

Margaret covered the Cloughs Estate, Hoyland, and on her rounds she met Eddie Wilson.

She said: “Eddie was a wonderful man and he loved writing poems. He was originally from Scotland and he was very intelligent but because his parents could not afford his schooling, he was sent to work in the pits.

“He moved to Elsecar with his wife when jobs became available for the pits down here, and he remained here for the rest of his life. He’d lived alone with his wife who had already died when I met him but he spoke fondly of her and he wrote about her in his poems.

“Every time I went to visit him, he would hand me a poem and I had quite a collection by the time I finished working as a relief worker. Towards the end of my career Eddie had become ill. He was going blind so he could no longer write poems and then he had lung cancer. I finished my post and heard shortly after he had died.”

For over 30 years Margaret has kept Eddie’s poems rolled up in a cupboard and last year she decided she wanted to do something about it.

She said: “I had a box full of poems and when I go the poems will most likely have been thrown away and it seemed such a shame. My son got me a computer and I’ve been typing the poems up and he’s turned it into a book for me.

"He works at Hot Metal Press so it’s made the process easier. There are over 100 poems, some are funny and some are very real. I feel privileged that I have been able to keep his story alive.”

The completed book is now being sold and all the proceeds are going to Barnsley Hospice. Margaret has decided not to put a price on the book, but instead is asking for donations.

She said: “We are asking for a minimum of a £5 donation but so far people have been so generous and it’s wonderful because it is helping such a wonderful cause. Barnsley Hospice will also be selling the books at their shops and I hope to raise as much money as possible from the sale of these poems. Everyone who has purchased a copy has enjoyed it.”

Simon Atkinson, corporate fundraiser for Barnsley Hospice, said: “It is an amazing gesture from Margaret and it really is a wonderful book Margaret and her son Steve have created together with the help of Eddie of course.

“We are so pleased Margaret saved the poems and even more that she is donating the proceeds to Barnsley Hospice. We cannot thank them enough for this wonderful gesture.”