Crossing to open on match days 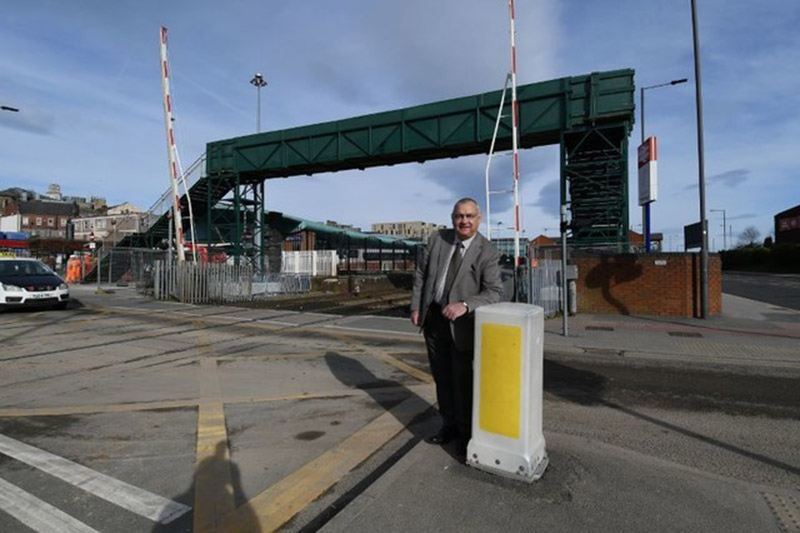 JUMBLE Lane level crossing will close on Sunday when the new temporary footbridge over the rails opens – but the barriers will be raised once again for Barnsley FC home games to allow crowds to get to Oakwell.

The bridge will be in place for about 18 months until the new Market Gate Bridge is installed, which will provide a new wheelchair and pushchair accessible route into the town centre.

But this week the council confirmed the level crossing will reopen temporarily for Barnsley’s home games for the rest of the season.

Alternative arrangements for next season have yet to be announced. While the crossing is closed, fencing will be placed across it to prevent access.

Once the level crossing has closed, any person unable to use the bridge will need to use the alternative accessible route via the lifts and pedestrian bridge within the interchange.

The interchange doors are closed between midnight and 5am – so anyone requiring access to the lifts during these times will be able to contact the Interchange control room on 213303 to allow staff from the building to meet and escort them through the Interchange building.

Signage displaying contact details for the Interchange control room will be added near the temporary bridge.

The alternative walking route is via Midland Street, Eldon Street and Schwabisch Gmund Way. The new Market Gate Bridge- to be part funded by Network Rail - is at the detailed design stage and will be going out to procurement for a main contractor in late spring.

Once the contractor is appointed, confirmation will be given on the duration of the construction programme and the opening date for the bridge which will be fully accessible with lifts at either end of the bridge deck.

Market Gate Bridge will link the existing public transport and parking provision to The Glass Works – the redevelopment of Barnsley town centre.

It will be fully accessible and will accommodate football fans on match days.