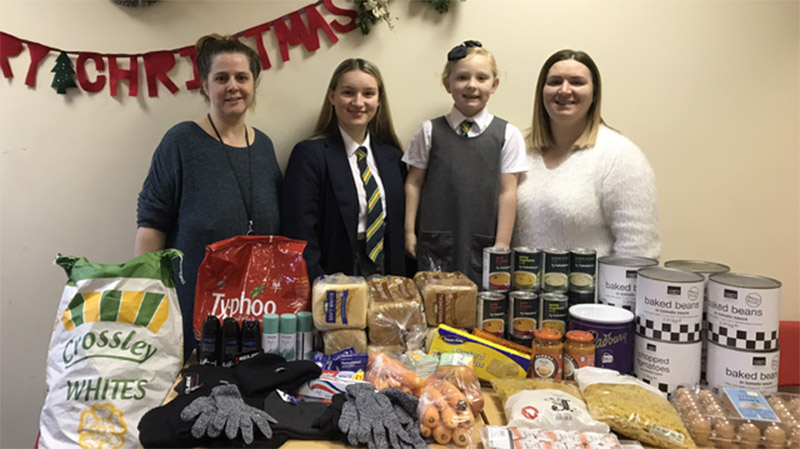 TWO sisters used their pocket money to help pay for a food donation to a local soup kitchen.

Brooke said: “It’s awful to see people hungry and cold and I really wanted to do something to help.”

Their mum, Stacey Goodlad said: “We’ve been buying and collecting the food for around five weeks. Both my daughters were heartbroken to learn that some people do not have somewhere warm to sleep especially at this time of year.

"They’ve both worked hard contributing their pocket money and helping with the shopping so we were able to give this donation.”

Stacey Sanders, chairman of BCDP said: “For these girls to gift us with such a generous donation is great and we are thankful.