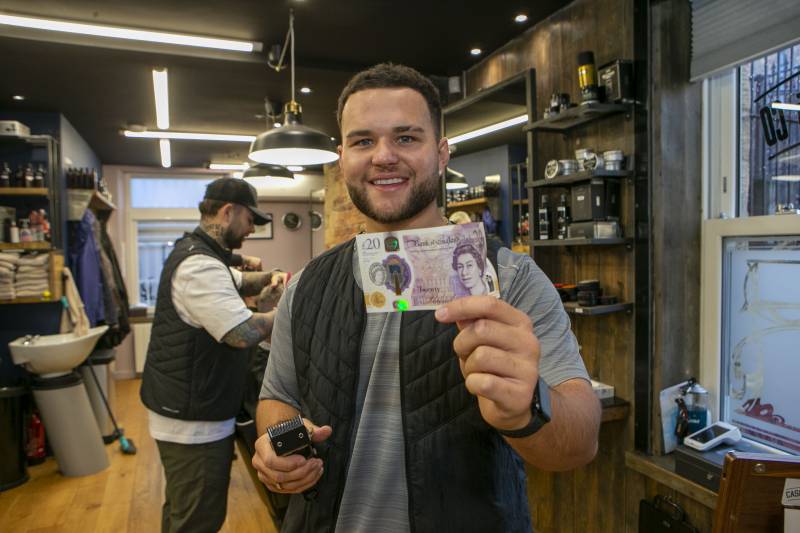 CASH is becoming king for more Barnsley businesses – with some even ditching their card machines due to rising bills.

Many businesses in Barnsley are enforcing a cash-only stance on payments to avoid card charges and unnecessary expenses, with the current cost-of-living crisis having an ‘astronomical’ affect on people and businesses within the community.

Vanilla Hair Salon, on Upper Sheffield Road, recently told their customers that from the end of this month they would be removing the card machine from the venue and asking all clients to pay via bank transfer or cash to retain 100 per cent of the value and prevent bank and card companies from taking a percentage of their profits.

Salon owner, Kelly Walker, said: “We are sorry for any inconvenience that this may cause, but the bank charges are astronomical and we are trying to keep costs down so we don’t have to increase our prices.

“It doesn’t matter whether people pay with a debit card or a credit card – it all costs, every card transaction adds up and amounts to a lot over time.

“Times are hard for everyone, and as a salon, we can’t afford to be losing profit.”

Eastgate Barbers and Co, on Eastgate in the town centre, are also encouraging their customers to bring cash to their appointment, with the rising electricity costs having an impact on their profits.

Owner, Lee Tindle, added: “Electricity bills will be going up again in March, so we have to try and save money elsewhere, which is why we’ve started asking people to bring cash to their appointment.

“Last year we lost £5,000 in card charges so we are asking people to bring cash and help us keep credit card costs down.

“It really helps us and obviously it’s good for people to support small businesses where they can.”

Meanwhile, FortySeven hairdressers, on Greenside, Mapplewell, aren’t new to the cash-only policy – having always asked their customers to pay with cash or cheque – with owner Nicola telling the Chronicle that cash is the ‘easiest way’ of paying.

“I’ve taken cash or cheque payments since we opened.

“Back then, card machines weren’t really a thing, and plus, we don’t have wi-fi in the salon so there’d probably be problems with transactions going through.

“All our customers bring cash to their appointments, and I can’t see that changing now.

“We just think it’s easier – there’s no worrying that your card machine will break on you randomly, and obviously it does save on expenses, so it’s a no-brainer really,” Nicola said.