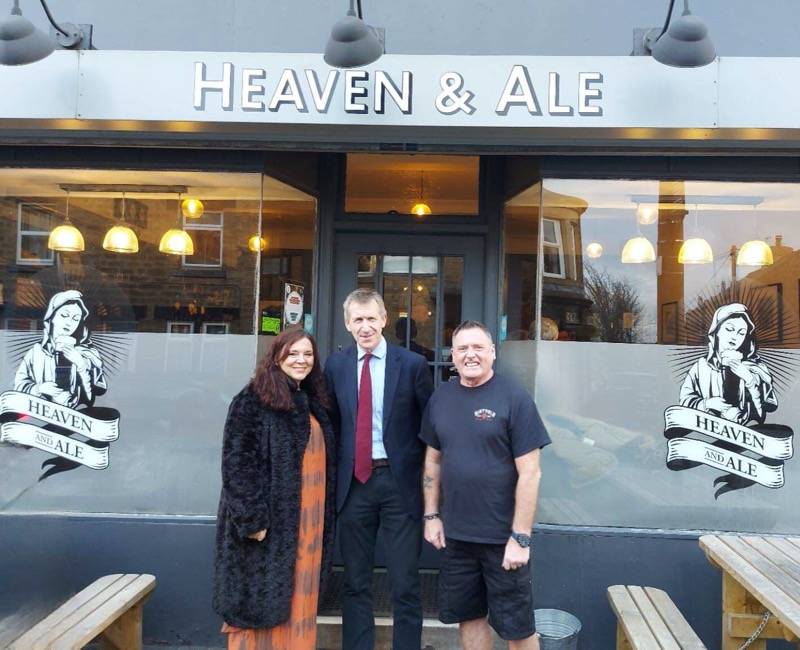 A BARNSLEY MP stopped off at an award-winning pub on the outskirts of the town centre for a pre-Christmas pint. Heaven and Ale, based on Agnes Road, were congratulated by the MP for the area, Dan Jarvis, in person as he paid a visit to the micro pub which was recently crowned ‘Yorkshire pub of the year’ by the Campaign for Real Ale (CAMRA).

Owners, Gary and Gaynor Holmes, told the Chronicle: “We are so proud as a new business of what we have achieved. “No Barnsley pub has ever won this award, let alone get through to the finals.

“Dan donated a Houses of Parliament bottle of port which was signed by him, along with three signed copies of his book – which we thought was really kind.” Dan added: “I was pleased to pay a visit to Heaven and Ale and congratulate them on winning Yorkshire’s pub of the year and making the top eight nationally. “We’ve got so much talent here in Barnsley and it’s great to see local businesses going from strength to strength.”