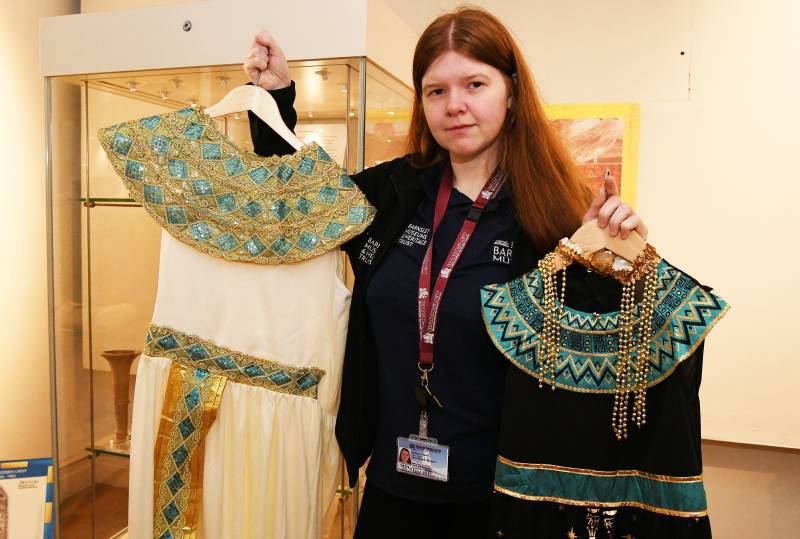 BARNSLEY’S little-known links to what is regularly cited as the ‘greatest discovery’ in archaeology is being explored at a newly-opened exhibition.

The project, several years in the making, is titled ‘TUT’22: The Life of Tutankhamun’ and explores the young pharaoh’s life during the 14th century BC.

It opened at Experience Barnsley last Friday and will reveal why Barnsley is such an important ancient Egyptian outpost, and has been curated by Joann Fletcher.

She told the Chronicle: “Barnsley – and I don’t think many people know this – played a huge role in the discovery of Tutankhamun’s tomb.

“Harold Jones played a key role and although he died a decade before it’s actual discovery, he found many artefacts with the ‘Boy King’s’ name on, so a person from our town very much set that running.

“This exhibition has been years in the making, but we’re here, it’s open, and it’ll be at Experience Barnsley until March.”

With over 270 objects from Tutankhamun’s birthplace – Amarna – and related sights in Egypt, the exhibition blends traditional artefacts with new technologies, visitors will be able to find out more about the town’s role.

The objects are being loaned from Bolton Museum’s renowned Egyptian collection, first assembled by curators William and Thomas Midgley whose family came from Cawthorne.

Joann added: “Harold started to wonder if there was a tomb of someone called Tutankhamun, because at that stage nobody knew that name.

“Howard Carter in particular built on his legacy to eventually discover the tomb of Tutankhamun in 1922, after Harold’s death and a period of inactivity due to World War One,” Prof Fletcher added.

“But it was Harold who first lit that fire on the trail to what became the greatest find in history and his work most certainly out Barnsley on the archaeological map.”