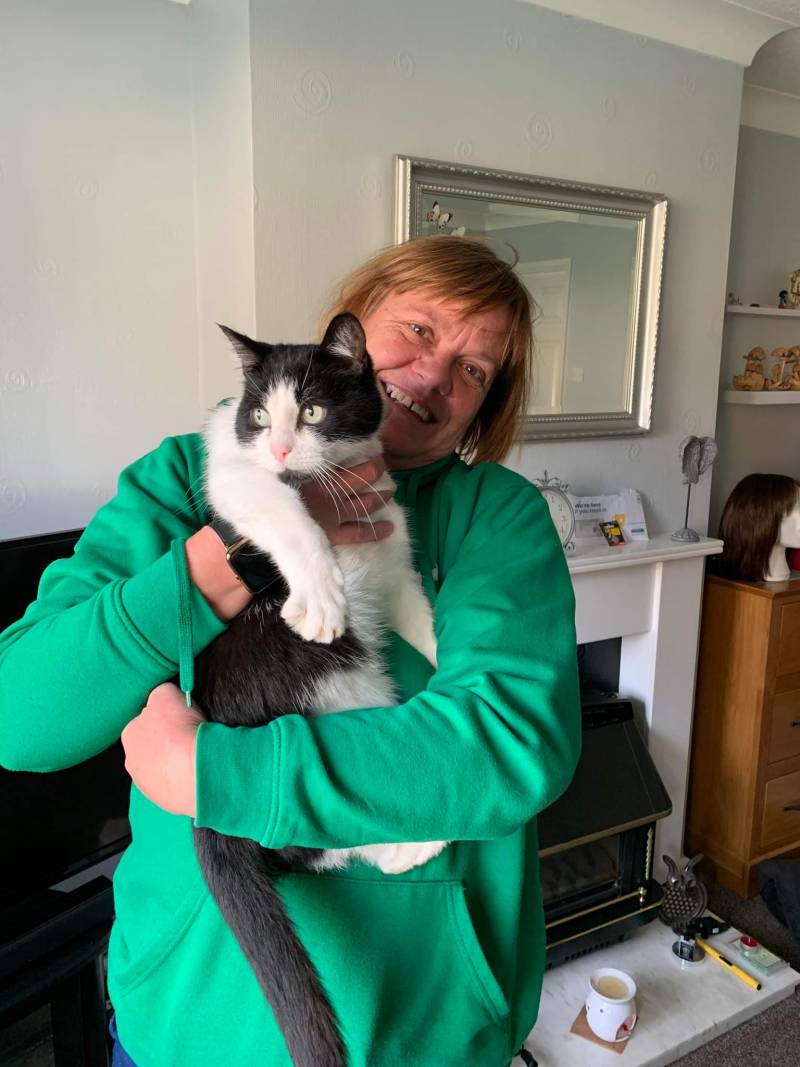 A WOMAN who lost her cat almost a decade ago has been reunited with him – after he was found wandering the streets.

Julie Royston, 51, had lived in Hoyland her whole life before she moved to Whitby four years ago.

In 2013, Julie lost her cat Ringo, who had been out and about with his brother.

She told the Chronicle: “I did posters and appealed for his whereabouts but nothing ever came from it.

“I thought that he might have died but I never cancelled his chip.

“I moved to Whitby four years ago but I got a call from Abbey Vets last Monday.

“They told me that they’d found him after he was brought in by a woman from Royston who had been feeding him for the last six months.

“I’m an emotional wreck but I am absolutely buzzing.

“I think it’s fate – there’s so many coincidences.

“When I moved up to Whitby we bought a bottle of champagne which we never opened – I think now is the perfect time.”