Cooking on a shoestring course hailed a success 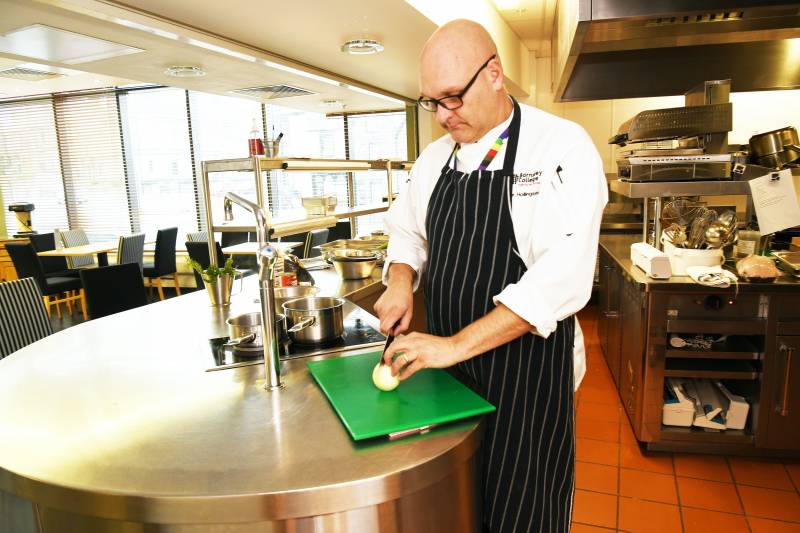 PLACES on an evening course at Barnsley College – which offered an introduction to healthy cooking on a tight budget – were snapped up within days of it being promoted.

Cooking on a Shoestring, which was run by the college in partnership with Barnsley Council, was means tested and looked at budgeting, food preparation and included demonstrations and tasting.

The aim of the short course was to provide an introduction to healthy cooking on a tight budget and, during these difficult times, to show how there is no better way to save money than to understand how you can cook for yourself or your family on a budget, making the most of your weekly supermarket shop.

Run by catering lecturer Martyn Hollingsworth, the course was the first of its kind that the college had offered but the high level of interest has led to plans for similar courses in the new year.

Martyn said: “The course is very much focused on making the most of what you buy and relying on the staple foods you have at home or what you can grow in the garden.

“I always tell people not to buy two chicken breasts for £4 when you can get a whole chicken for a similar price and make multiple meals from it using the breasts, thighs and drumsticks and not forgetting to use the carcass for a soup.

“Buying a whole chicken rather than paying the same for two chicken breasts really is the epitome of cooking on a budget.

“We also looked at how to prepare tasty meals from cheaper cuts of meat."

Those who attended the course received a £50 supermarket voucher to allow them to replicate some of the meals cooked during the course.

College heading of catering Anita Wilkinson said: “The course really seemed to strike a chord with people. It’s all about simple ideas that they can do at home. Because of the current situation whereby there isn’t much spare cash around, it’s about what they can make the most of when feeding a family.

“We hope to hold other similar courses in January.”

One of the participants, Dawn Hill, added: "I attended the course as I was hoping to learn how to make my food go further with it getting so expensive. The supermarket voucher was also a great incentive.

"I enjoyed all of the course. Martyn was a great laugh and teacher but I was amazed with what I could do extra with the chicken thighs and wings that I usually give the cats.

“My friends and I really enjoyed the course and all agreed we would definitely attend another one in the future.Thank you to Martyn for taking the course and showing us how to cook with things we tend to have in our fridge.”