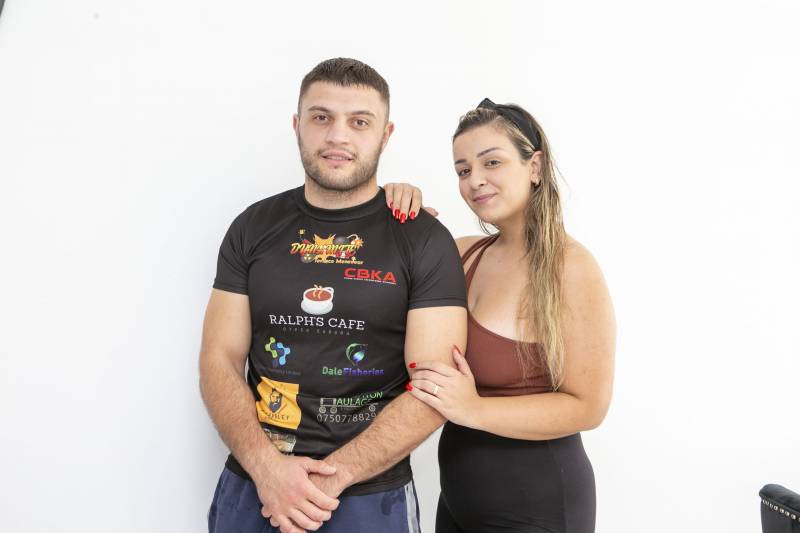 A MONK Bretton cage fighter hopes to put Barnsley and his native Albania on the map as he gears up for his first professional title fight next month.

Qendrim Pallata, 28, nicknamed ‘The King’, has big aims for his career – and he wants to bring the entirety of the town on his journey.

Qendrim moved from Albania to the town when he was a baby, and has seen his presence and notoriety in the town grow in that time.

He told the Chronicle: “I’ve lived in Barnsley nearly all my life but I moved here from Albania when I was just two months old.

“I’ve got a lot of following in Albania. I sell a lot of tickets there, I sell about 250 and a lot of them are to people I don’t even know.

“I want to do well for both Barnsley and Albania.”

He’s hoping to continue his undefeated streak which saw him pick up 13 amateur wins – ranking him in the top five fighters across the United Kingdom and Ireland.

“I turned professional last year and now I’m fighting in my third fight for the British BMF middleweight title,” he said.

“I’m coming up against one of the best up and coming fighters in the country.

“To have a home crowd at the Metrodome is going to be massive – I want the whole of Barnsley to be following my journey.

“I’m not just doing it for myself, I want to put Barnsley on the map.”

The dad-of-two has big aspirations to fight in the Ultimate Fighting Championship (UFC), and a win next month will only strengthen his ambitions.

“My last fight was against Matthew Findlay in Doncaster and I beat him by decision,” he added.

“I’m currently in the best shape of my life and I’m buzzing to have this opportunity.”

He’s currently the 34th ranked pro middleweight in the UK and Ireland and he’s coming up against undefeated and highly-rated Haider Khan from Manchester, who is one place lower ranked.

If he beats the 23-year-old it’ll be his first title – but he wants to push himself even further.

“My big dream is to fight in the UFC,” Qendrim said.

“Taking fights like this will only be good as it’s getting my name out there.

“I need a few more wins under my belt but hopefully I’ll be getting a call from the UFC. The sooner it happens the better.”

Qendrim, who trains at the Craig Burke Kickboxing Academy in the town centre, fell into the sport by chance – but he’s encouraging others who may be struggling with their mental health to throw themselves into the sport.

“I was always fighting at school,” he added.

“I was never bothered about cage fighting until someone passed me their card to go to their gym.

“I took that opportunity and I’ve never looked back.

“I’d definitely recommend this to any youngsters who are growing up.

“For those who are on the streets or who might be suffering with their mental health, it’s definitely something to get into.