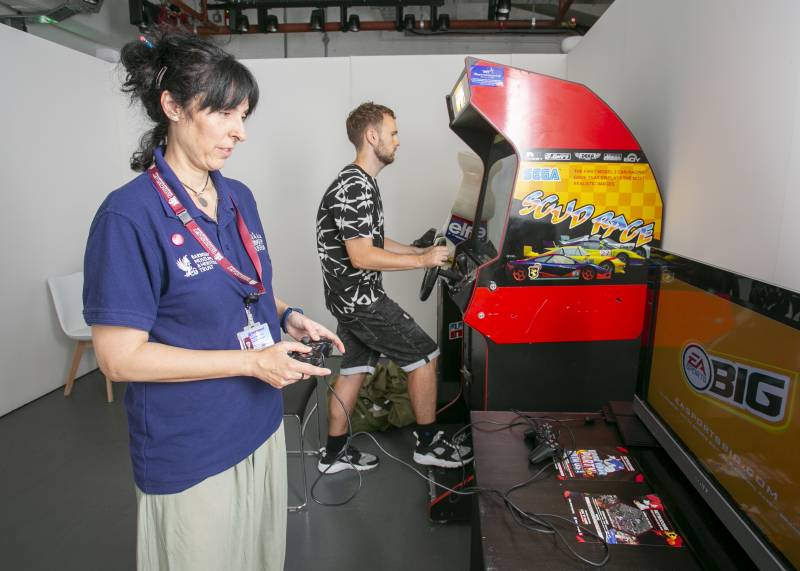 RETRO gaming week is in full swing at Barnsley Museums.

The digital unit at Barnsley Museums in the Glass Works is allowing people to take a trip down memory lane with retro gaming consoles and arcade machines.

Some of the games available for visitors to play include Scud Racer and Retrodome’s new SEGA Hang-on.

The SEGA Hang-On holds some great history for gamers.

The racing game was released in 1985, and consists of five stages where the player rides a superbike across each of the stages before they run out of time.

The Glass Works have been able to host this event due to working alongside Retrodome – Barnsley’s arcade.

Visitors will be able to look at and play with retro gaming consoles, games and arcade machines whilst taking a look into what video games were like during the eighties, like the popular game, Space Invaders.

The event will run in the Glass Works until Monday 29 August.