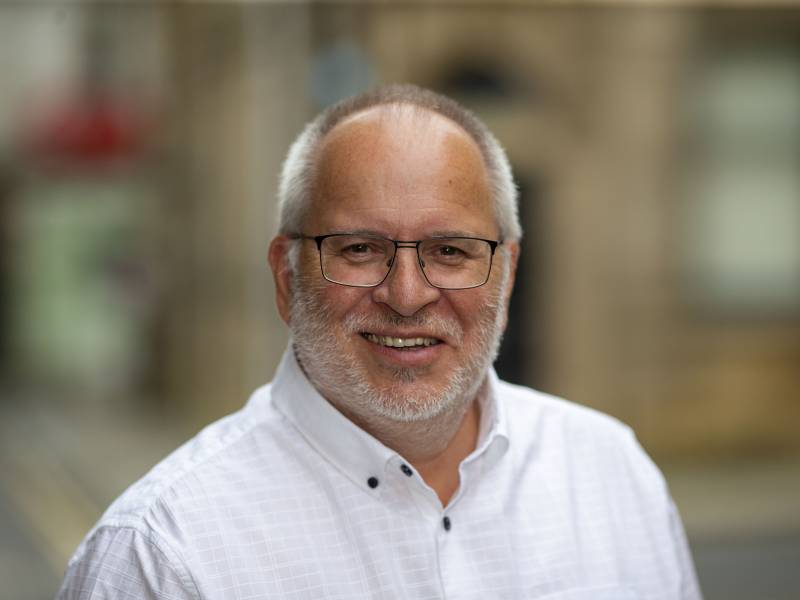 A VOLUNTEER who has worked with dementia charities for 35 years and was instrumental in setting up Barnsley’s own dementia charity BIADS has been nominated for a Proud of Barnsley award.

Back in 1987 Peter Francis, as part of his role as a welfare rights officer for Barnsley Council, attended a meeting of the newly-formed Barnsley branch of the Alzheimer’s Society to give a talk on benefits.

At the meeting he was approached to join the committee which he did and that’s how his 35-year volunteering relationship with dementia charities began.

Through his links with the council he was able to put the charity in touch with the right people and the Alzheimer’s Society in Barnsley was awarded their first contract in 1996 leading to the opening of their first office with specific services on offer.

Peter, 63, remained on the committee from 1987 to 2009 when the Alzheimer’s Society restructured and decided local management committees were no longer needed.

Most branch committees, throughout the country, accepted this decision without challenge, however, the former Barnsley branch committee (encouraged by Peter) decided that they were going to work on setting up an independent charity specifically for Barnsley.

Peter was instrumental in pushing the initiative forward and BIADS was constituted in September of 2009 and the first office was opened in June 2010.

Peter has remained a Board member throughout taking on the Chairmanship of the Board six years ago after he retired.

The biggest achievement Peter has guided BIADS in is setting up our day care centre – he had the confidence that BIADS could make this work.

BIADS’ chief officer, Linda Pattison, who nominated Peter in the Proud of Barnsley Awards’ Volunteer of the Year category, said: "This took a lot of hard work on the part of staff but Peter was there throughout to offer advice and support to those working on the project.

"After being offered space in the town centre, free of rent, we had a massive project of renovations and adaptations to make the space suitable for day care. This was something we had not experienced before and Peter’s guidance, support and ideas were invaluable.

"Then COVID hit and BIADS, along with numerous organisations, entered a period of flux. Peter kept in touch with staff, working from home, to formulate a new way of supporting our members and made sure staff and volunteers were supported as best we could. It was a long 16 months before we could start thinking of getting back to normal but we did with the support of the Board led by Peter.

"Not only do we see Peter as volunteer of the year but we also wanted to pay tribute to him for the 35 years he has given his time, expertise and common sense to the Alzheimer’s Society and BIADS.

His work and dedication has without doubt contributed greatly to the support on offer to Barnsley people affected by any form of dementia.

"Here’s to the next five years taking him up to the big 40 working with dementia charities – we might even let him retire then! MIGHT!"

Peter is delighted by his nomination and said: "It’s lovely that the Chief Executive at BIADS has nominated me but I am just one volunteer amongst a whole team of volunteers who help make BIADS a viable organisation.

"My main role has always been to support the managing staff at BIADS to help them to deliver the services that we do. Over the years I have strived to make BIADS a long-term viable resource for people affected by dementia. Opening the day care centre is the latest spoke in the wheel with the aim of making the charity financially secure.”