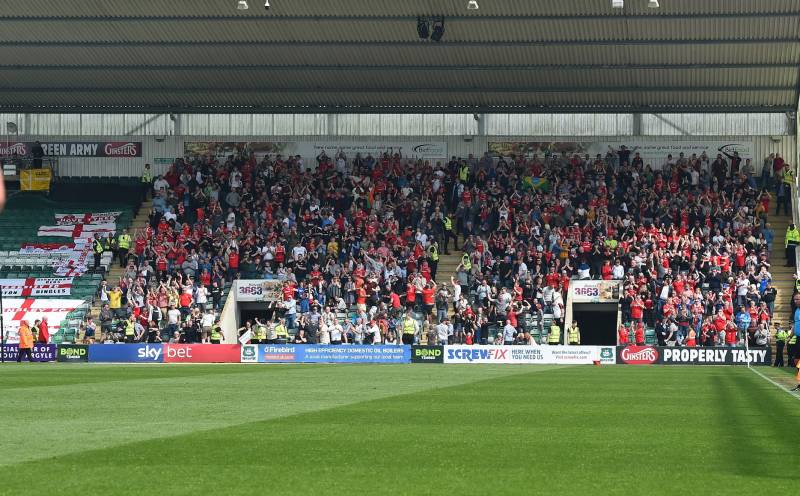 MICHAEL Duff admits an away game at Plymouth Argyle is a ‘tough start’ to the season but has praised the roughly 800 Barnsley fans who are making the long journey for tomorrow’s fixture.

The 600-mile round trip will be the Reds’ longest of the League One season.

They began the final day in the top six but were crushed 5-0 at home to MK Dons and overtaken by Wycombe Wanderers.

That was under the management of Steven Schumacher who took over midway through last season after former boss Ryan Lowe moved to Preston.

“They have bought in good players like Finn Azaz who I had at Cheltenham.

“Schuey has done a good job, it’s been a smooth transition.

“They had a disappointing end to a really good campaign last season.

“To get 80 points and not get in the play-offs is almost unheard-of so I think they will look to kick on from that.

“It will be a good football game with a good crowd.

“We think Plymouth will slightly tweak their style but generally they play good football.

“We know we are in a for a good game against a good team.

“We will work on how we think we can hurt them and look at their strengths because they do have many.”

The squad are due to travel down today after training.

Duff said: “It’s a long way but they (Plymouth) have to do it every week.

Duff is delighted that so many of the Barnsley faithful will be joining his team in Devon.

“We appreciate the support and hopefully we give them something to cheer about.”

Defender Mads Andersen added: “It’s incredible to have so many people taking the long journey.

“Thank you for that, it’s amazing.

“I hope we give them the result they want.

“I don’t know much about them (Plymouth) but I think it’s going be a tough game. The first game will always have a lot aggression and intensity.

“The players want to compete.

“I believe we can get a good result.”

The clubs have met each other 67 times, with Barnsley winning 18 and losing 30.

Plymouth have only won three of the last 16 meetings since 1992, losing seven.

The Reds have won three of their last five games at Home Park since 2007, which is as many as they managed in the previous 31 attempts across 99 years.

It would have been four out of five if the 2009 match had not been called off due to rain when Barnsley were 4-1 up, then the replay drawn 0-0.

Since then, they have won just four of 42 away games in front of fans either side of the period of behind-closed-doors football during the Covid-19 crisis.

Those wins were at Millwall, Fulham and then Hull twice.

Although they won their first away game of their last League One season at Bradford City, the last time they triumphed on an opening day of a league campaign away from Oakwell was at West Bromwich Albion in 1996/97 on their way to the Premier League.

A win for the Reds would equal the number of away victories they managed last season.