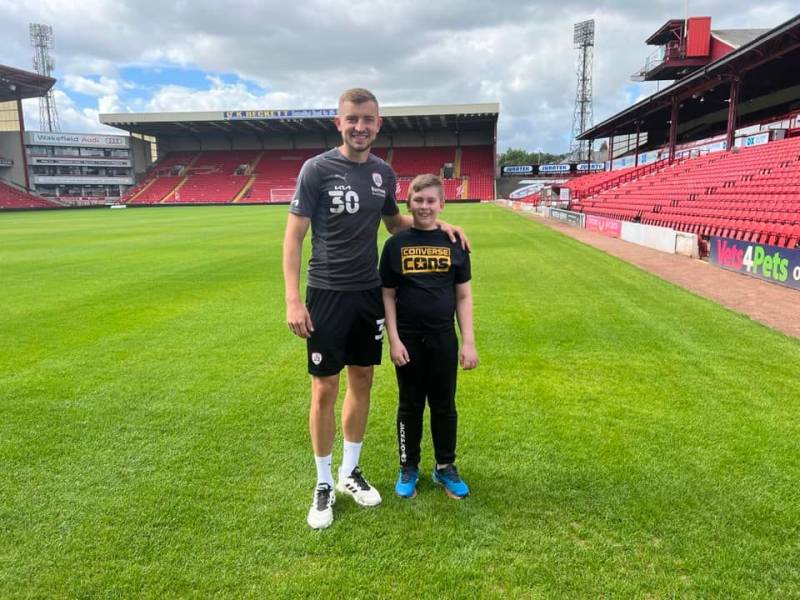 A YOUNG boy who was allegedly targeted due to his nationality last month had the chance to meet one of Barnsley FC’s stars at the weekend.

A police investigation was launched after 12-year-old Oskar Majewski, of Darfield, was reportedly attacked and told to ‘go back to Poland’ by bullies.

His mum, Majka, said: “Oskar was over the moon to be able to meet with Michal at Oakwell on Saturday.

“He really enjoyed it and he loved him.

“He’s not a massive football fan but he follows the Poland team and now he wants to go to some more Barnsley games next season which is good.”

Barnsley centre-back Michal told the Chronicle: “As soon as I was told about Oskar’s story I immediately wanted to help.

“Bullying is something no one should experience regardless of anything like race, ethnicity or gender.

“I know how difficult it can be to move to a new country and adapt to your surroundings.

“By being able to meet Oskar and his mum, I hope I can be a familiar face in Barnsley and was able to put a smile on his face.

“When we were chatting, Oskar mentioned he wasn’t much of a football fan, but now he has been down to the stadium and got a feel for the place, hopefully he might start being a regular at Oakwell.”