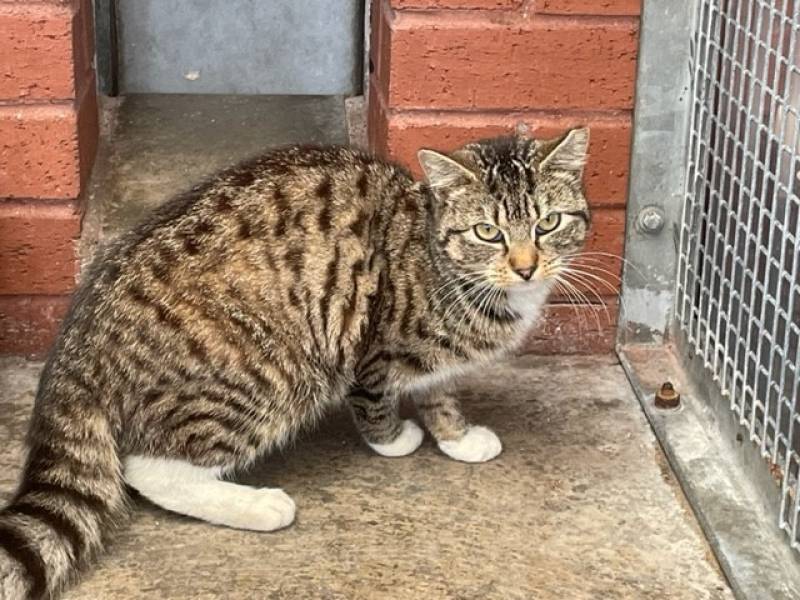 AN appeal has been launched for the owner of a cat to come forward - after it boarded a lorry and ended up in Scotland.

The tabby and white-coloured male cat was discovered on the back of the lorry - and now an appeal has been launched to find its owner having been handed into the Scottish SPCA.

A spokesperson added: “The lorry began its journey in Barnsley in England, then travelled to North Berwick, Edinburgh, Kirkcaldy, Dundee, Perth and Glasgow before the driver discovered the cat on board at Bridge of Weir.

“There is no way to know which stop he got on the lorry at.

“Thankfully he is now safe at our centre, but we are desperate to find his owner.

“If anyone recognises this cat, or has any information, please contact our confidential animal helpline on 03000 999 999.”