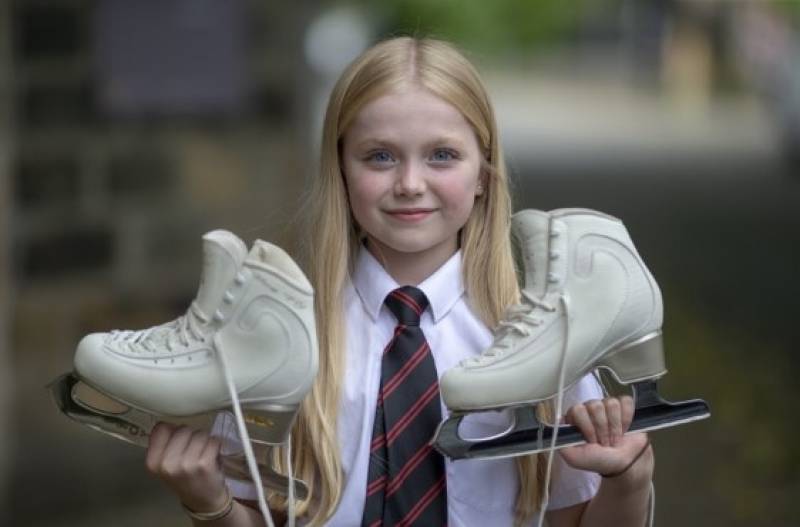 A YOUNG ice skater from Barnsley who wowed judges at an international competition has been nominated for a Proud of Barnsley award.

Isla Shenton, 12, from Pogmoor, has been ice skating since she was just five years old and has gone from strength-to-strength.

Having competed in professional competitions at just six years old, Isla is hoping to push on with her ice skating and make it to the top level.

She’s currently part of the GB developmental team – and has aspirations of competing in even more international competitions after wowing judges in Netherlands.

Her mum, 38-year-old Donna Shenton, said: “She started ice skating when she was five years old and she’s just gone on from there.

“She competed in the British Ice Skating Championships in November and won bronze.

“She then competed in the Netherlands earlier this year which was her first international competition – she managed to finish in fifth place there.

“She’s maintained her place on the GB developmental squad and she’s hoping to compete in other international events in the future.

“She recently was awarded funding from the Talented Athlete Programme where she received £1,400 – that’s a big help because it is an expensive sport.”

Isla is hoping to get to the top of her sport, but also has aims of skating around the world to travel with Disney on Ice.

Having been nominated in this year’s Young Superstar category, Donna added: “I’m proud of her anyway but this is great.

“It’s wonderful to see that her hard work and determination is paying off.”

Email jacktolson@barnsley-chronicle.co.uk with your nomination, why you think they should pick up the award and a contact number.