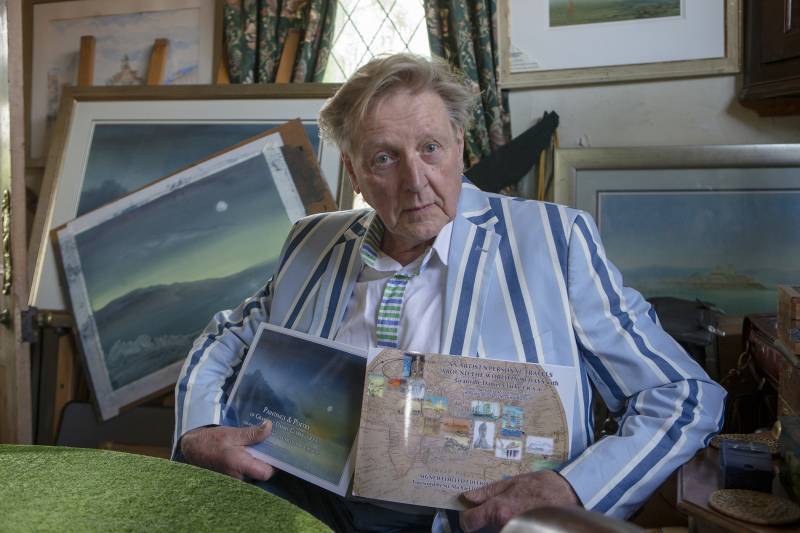 A WORLD-RENOWNED creative has shared how his new book inspired by his 90-day trip around the world in the 90s became a ‘casualty of lockdown’ – but now seems to be taking off.

He has released several works in the past, and his newest release, ‘An Artist’s Personal Travels Around the World in 90 Days’, is a catalogue of anecdotes, poems, artworks and pictures from his trip in 1990.

“I would definitely describe this book as – like many other people’s works – a casualty of lockdown,” said Danny, who was the first art expert and judge on national TV series ‘Watercolour Challenge’ in 1998.

“It was difficult because after all I am a one man band – and this has all come from me. I simply couldn’t do it again, it was a lot of hard work.

“I think I’m the only guy to paint around the world in 90 days.

“The book was conceived live around the world when I was an art lecturer for P and O Cruises.

“There’s a lot of information in the pages and I look over my shoulder and I think ‘gosh, who else has had that life?’.

“I’m lucky to have so many tales and to have been round the world.

“I’m also very proud of the lovely appraisal from my good friend Sir Michael Parkinson, it really is a nice little testament to the book.”

Danny’s new book is on sale in the Cooper Gallery in the town centre.