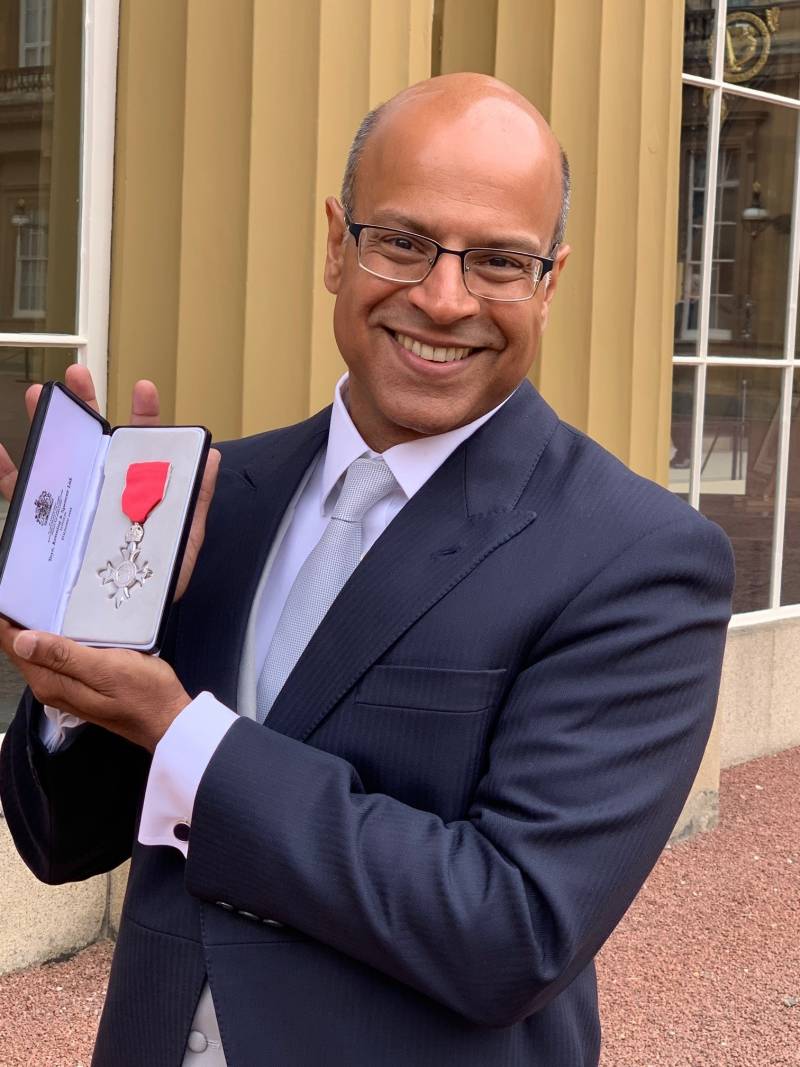 A DARTON man named in this year’s New Year’s honours list was awarded his MBE at Buckingham Palace.

Munir Mamujee, the managing director of M2R – an award-winning international education services company – was given the title for his services to education and export, presented by Princess Anne in Buckingham Palace’s throne room.

The occasion on May 4 was the first time the throne room had been used for such celebrations in more than 100 years.

Munir made the visit with his partner Kirstie Trasler, and described the day as a ‘privilege’.

“To put it mildly, it was an absolutely fantastic day,” the 48-year-old told the Chronicle.

“We spent hours in Buckingham Palace – the ceremony was in the throne room because of Covid so that was really special as they are usually held in the ballroom.

“There were obviously Queen Elizabeth and Prince Philips’s thrones in the room but also Queen Victoria’s too – it was just such a privilege.

“It’s not a day you get to have every week and I can’t express how welcoming everyone was at the palace.

“I even had a chat with Princess Anne for around five minutes – about the business and what we do – it was just a lovely day.”