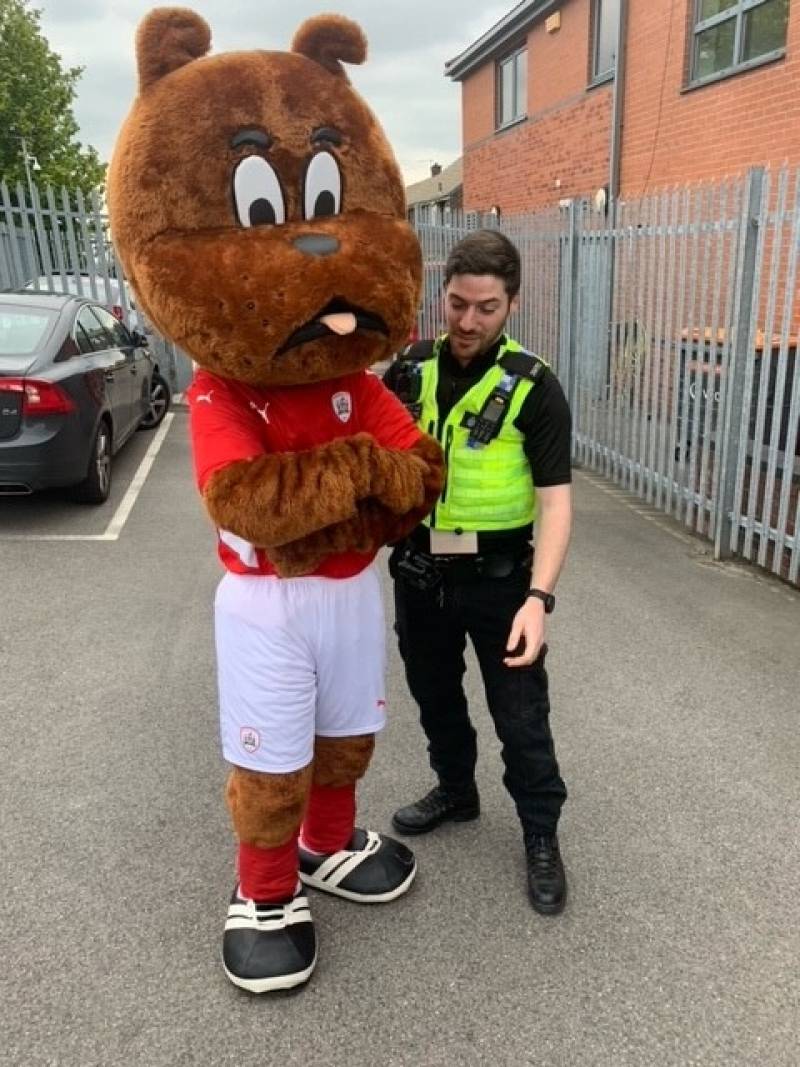 A VIDEO circulating online appeared to show Barnsley’s mascot Toby Tyke receive some ‘ruff justice’ - but it’s all part of a promotion for a new campaign.

It’s been a poor season on the field for Barnsley as they were relegated by Huddersfield last week - and it looked like things went from bad for worse for the club’s mascot.

A video circulating online appeared to show Toby Tyke getting arrested - but it was all in jest and instead it was promoting the club’s Game Changer Barnsley project.

PCSO Kat McFadzean, who was one of those ready to cuff Toby Tyke if he got out of hand, said: “This is all part of promoting Game Changer Barnsley.

“By partnering with schemes like this it helps us to build better relationships with our communities while doing some good in supporting them to be more active.

“It also helps us and partners like Barnsley FC and the Reds in the Community teams support each other. What better way to do that then have Toby Tyke out and about in a police van surprising people?”

Gareth Cooke, from Reds in the Community, added: “This is a five-year project backed by Sport England, the Sport Foundation and National Lottery.

“The police have been supporting our activities and getting partners involved helps us build relationships with people and access to communities we might not otherwise get so easily.”