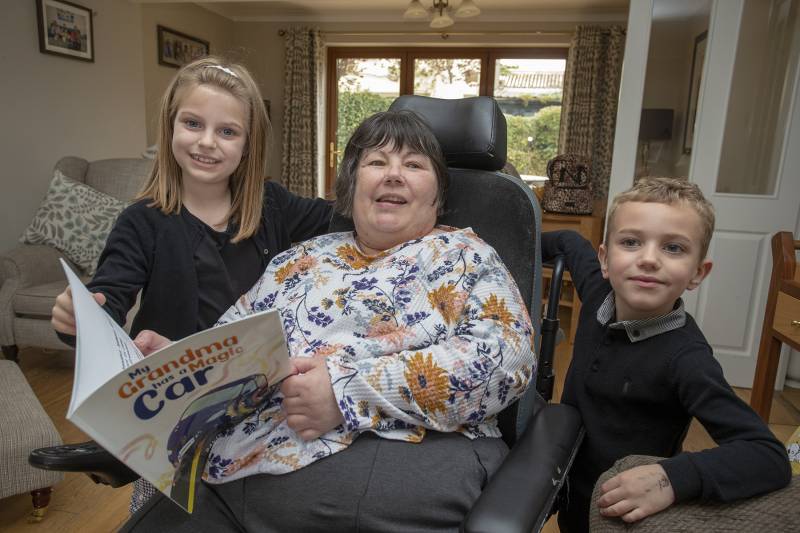 A FORMER headteacher has written a children’s book inspired by his wife’s ‘magic car’ – what their grandchildren call the couple’s car which has had adaptations to support her multiple sclerosis (MS).

David Berry’s wife Janet, 61, lives with the nervous condition which causes mobility issues and a number of other symptoms.

He wrote the book, ‘My Grandma has a Magic Car’, after the idea that other children might benefit from how his grandchildren – Amber, Annabel, Samuel, Grace and Mia – see Janet’s condition.

They are, David said, thrilled to simply be able to see their grandma – but are also at the same time learning about MS.

“The pandemic made it very difficult to see their grandma,” said the 60-year-old, of Huddersfield Road, Ingbirchworth.

“I had the idea to write a book just before the pandemic, about how they perceived the car and the excitement of grandma being able to visit them.

“I hope it’s something a young child might read to get an understanding of the illness.

“I don’t think it will make any money, but if it does I will give it to charity.

“I only wrote it for them and her – I don’t want any fame, what’s important is the story it’s trying to tell.”