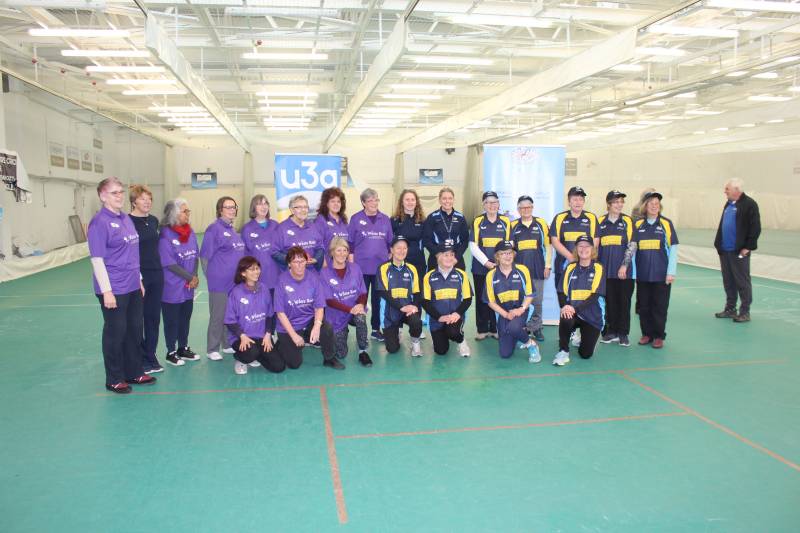 A ‘FIRST of its kind’ cricket match saw a team featuring Barnsley women beat their Yorkshire rivals in Leeds.

The walking cricket match welcomed legendary umpire Dickie Bird OBE as the guest of the day, and he oversaw a landmark first match in the ladies’ game which saw a Yorkshire Allcomers team face Leeds U3A Ladies at Headingley.

The visitors featured four players from Barnsley - where walking cricket was founded three years ago by veteran Mac McKechnie - as well as members from Wakefield, Sheffield and Rotherham U3As.

Mac, 71, has been backed by the Yorkshire Cricket Foundation (YCF) - the charitable arm of Yorkshire County Cricket Club - and has helped set up eight teams since forming his hometown club through the U3A.

Monk Bretton man Mac said: “It’s an exciting day - this is the very first women’s match in Yorkshire for Walking Cricket and it is so important to me.

“I would like to encourage everyone, including male allies to help support women take up the activity.

“We do hope that this inspires more women to come and join and attend a walking cricket group near them.”

Dickie oversaw the coin toss at the start of the match, held on International Women’s Day, and watched on as Yorkshire Allcomers beat Leeds 115 runs to 26 across 16 overs.

Less important than the scoreline, though, are the wellbeing and social effects of the game - a more gently-paced version of cricket aimed at people with limited mobility.

While Mac has been invited to manage a Yorkshire team, and there are early talks of a county-wide league, the YCF’s long-term goal is to have the sport ‘socially prescribed’ by the NHS to treat mental and physical health conditions.

Kendal Jones, participation manager for the YCF, said: “This is truly a sport for all, because we engage new participants, with zero experience right through to ex-cricketers.

“Moving forward we would love to see this engage more and more people and ideally a social prescribing avenue for people to get involved.”