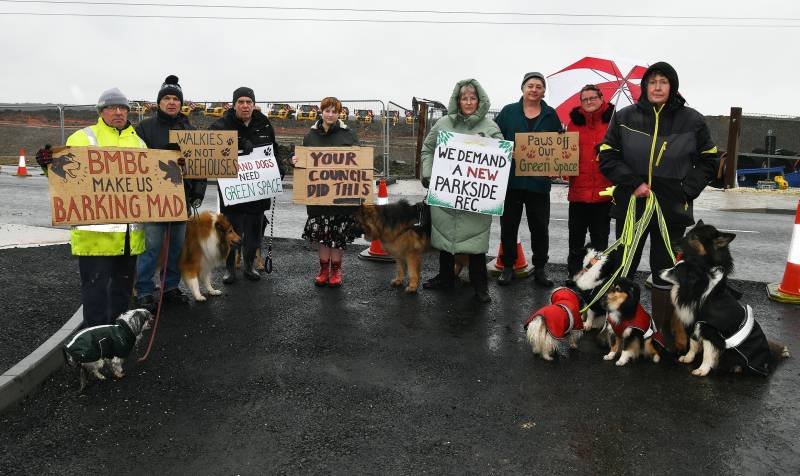 A PROTEST against further developments in Hoyland Common was held by ‘frustrated’ locals who feel like they are being ignored after plans were set for their favourite walking spots.

Organised by Rebuilding Environment and Community in Hoyland (REACH), members met at the junction of Parkside Road and Sheffield Road with their dogs, armed with placards.

The relocation is due to developments being made as part of the council’s Hoyland West masterplan – which has also seen the erection of a giant Hermes ‘mega hub’ built on former green belt land.

Joanne Hanson, a REACH member, said: “The character of the area and scenery has changed beyond recognition – these things are now gone forever.

“This has left local residents with a ground that most local people will no longer be allowed to use as it is being fenced off and gated purely for the use of clubs.

“Walkers, families and dog walkers will be excluded and left with a narrow strip of ground to use as a footpath – with barely any room for two walkers to pass each other – let alone those with dogs.”

* Barnsley Council refused to comment when contacted by the Chronicle.