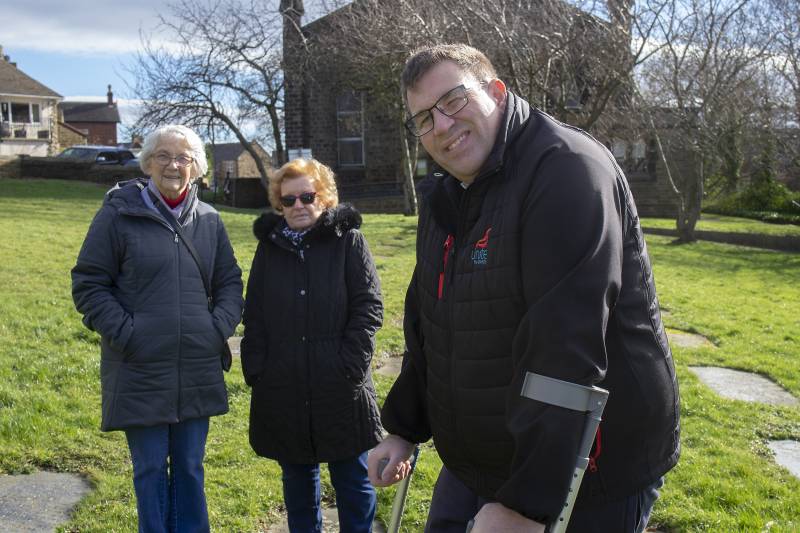 A GROUP trying to recover ‘forgotten’ gravestones in a Dodworth churchyard met to discuss their next steps.

A handful of unidentifiable gravestones – believed to be more than 130 years old – have been laying face down and in the graveyard at Dodworth Parish Church for years.

The group – made up of volunteers who regularly clean up the churchyard, led by Dodworth Coun Neil Wright – set out on a mission to get the stones placed properly amongst others in the yard.

The head of bereavement at Barnsley Council, Anthony Devonport, has also been in touch with the group and is working alongside them to see through the plan.

Group member Barbara Blackburn said: “If any relatives are still living close by we will be appealing for their permission and input to have the gravestones suitably placed.

“We have no idea how they ended up laid haphazard like this, but it seems unfair that there are only a handful which aren’t laid in uniform with the rest.”