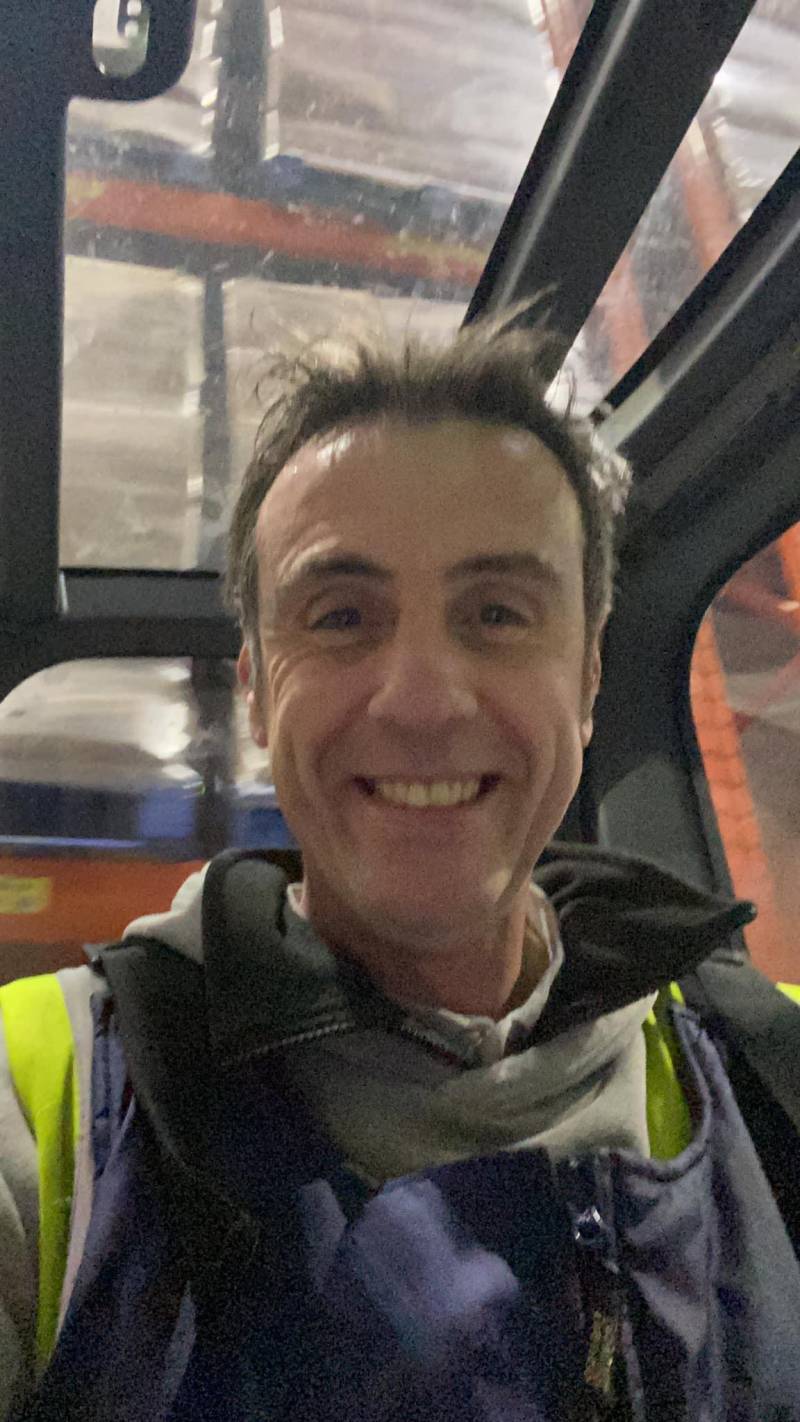 A MUCH-LOVED dad’s sudden death has led to hundreds of pounds being raised to support his family – who called him an ‘amazing man’.

Lee Asquith, 45, fell ill on January 15 and died the following day due to what daughter Paige was told was severe pancreatitis.

Lee, a dad-of-seven from Brampton, had been living in Rotherham and Paige said she and her mum hadn’t seen him for around two months.

But when a family friend got in touch to say Lee was ‘not in a good way’, he was taken to their home in Becknoll Road, Brampton.

Paige, 20, said: “He was really poorly but wouldn't go to hospital.

“He was a stubborn man – he felt as though he was on top of the world and could never get ill.

“Me and my mum went to see him and we were basically going to give him what for, but as soon as we took a look at him we just couldn't do that because we knew he wasn't right at all.

“His skin had gone jaundiced and he was really cold.

“We took him to our house and phoned an ambulance.”

He was taken to Barnsley Hospital that afternoon, eventually being taken into intensive care.

Paige, a carer, booked in for a visit at 7pm.

“As soon as I got there I knew something wasn’t right because they took me straight into the family room.

“I was told my dad had contracted pancreatitis, and they weren’t sure how long he’d had it but it had got really severe.

“I just couldn’t believe it.

“I was allowed to speak to him, but at this point I was distraught because they’d told me there was a chance he could pass away from his illness.

“At that point I just thought ‘that’s not true, there’s no way that’s going to happen’.

“He’s been through a lot and he’s always pulled through, so I thought he’d be wanting to dance out of there.”

His condition worsened overnight and Paige – joined by her mum – was told the next day he had only a ten per cent chance of survival.

“We never thought in a million years it would ever be like this.

“He never wanted to be in the house – he would drive to the Peak District to walk, he loved walking to Elsecar Park on the nature trails, he absolutely loved cars.

“He would be out fiddling with cars all day, every day if he could.

“He was a really, really active person.

“I remember being asleep at 6am and him waking me up in the morning to tell me we were off to Skegness for the day.

“He was one of those people that was in the moment – once something popped into his head and he wanted to do it, that was it, he was off and no one could stop him.

“He was an amazing man, and his memory will live on while ever I’ve got breath in my body.”

Paige set up a Go Fund Me to help with funeral costs but has been overwhelmed by the support, and said – having surpassed her original target to raise more than £700 – any further money raised will go towards memorialising her dad.

“We can’t believe how many people have come forward and said all these lovely things.

“People I’ve never met before in my life, messaging me and giving me support.

“We’re so grateful. We want to give him the best send-off we can.

“Every penny is going towards his funeral and a memorial for his children and friends to visit, whatever we can get for it.”