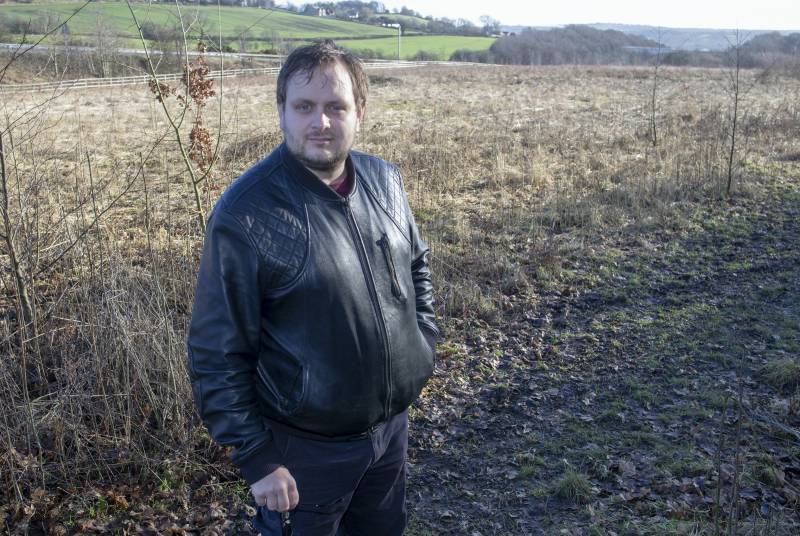 PLANS to build 215 homes a stone’s throw away from the M1 will only exacerbate already large issues in Dodworth, according to a local councillor.

The application, which was submitted earlier this week, is for up to 215 homes to be built north of Keresforth Road – just a five-minute drive from the town’s new one-way road gyratory at Penny Pie Park.

In 2018, Persimmon Homes submitted a full planning application for 146 houses to be built on the site – though this was later withdrawn due to the proposed access for vehicles off Bark Meadows.

The proposed number of bedrooms in each of the new houses have yet to be decided – but 64 of the 215 will be ‘affordable’, 30 per cent.

A total of 215 car parking spaces will also be introduced on the eight-hectare site.

A planning statement on behalf of Keepmoat Homes states there are many benefits for the development, including the creation of employment opportunity and the provision of formal and informal public open spaces on land previously not accessible.

However Coun Chris Wray, who represents Dodworth for the Liberal Democrats, said he is against the development taking place.

“I disagree with it and I don’t think it’s been planned enough,” said Chris, who was elected as a councillor last year.

“It’s far too close to the motorway and so if you’re putting houses there then there’s people breathing in the fumes – you can’t mitigate that.

“It’s also getting rid of another patch of land in Dodworth.

“I walked down there with Peter (Coun Fielding of the Dodworth ward) and there was a lot of standing water on the site.”

Another planning application went to consultation earlier this month for 198 homes to be built off of Smithywood Lane in Gilroyd.

Coun Wray believes this will only exacerbate the issues in the area, including infrastructure and the newly-opened Penny Pie Park gyratory.

“It will only make already-bad issues worse,” he added.

“If you add the other large application in Gilroyd then there’s going to be so many more cars going through the gyratory – it’ll be about another 400 cars.

“You’ve also got to look at the schools and how stretched they will be.”

Coun Neil Wright, who also represents the Dodworth ward, has been delivering leaflets to those residents who will be effected by the development.

However he isn’t able to share his views due to being a member of the council’s planning regulatory board.

He said: “The application has gone in for 215 homes and I've been out and putting leaflets out.

“We’ve had planning applications down submitted for that site before and they’ve failed.

“There is major concerns over the highways and we must listen to residents and ensure their concerns are taken into consideration.”

A total of 87 neighbours have been made aware of the application and public consultation ends on February 3.