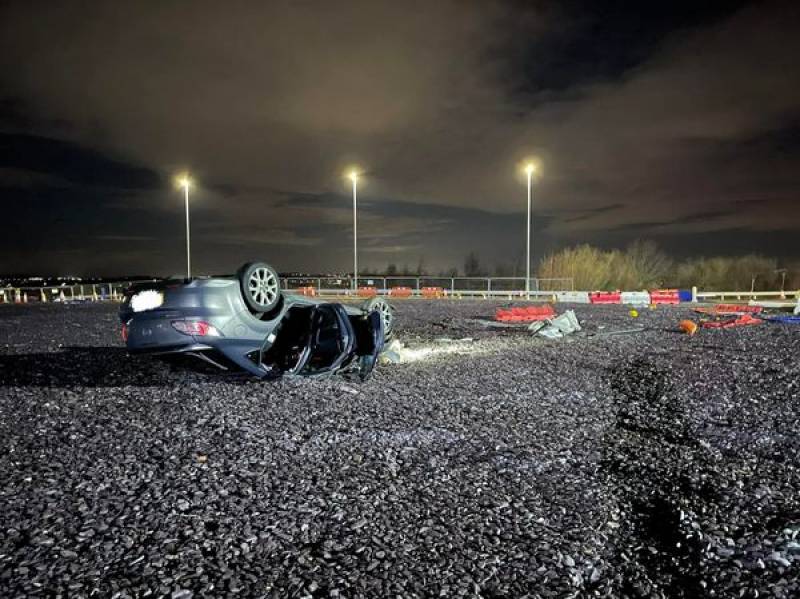 THREE people were arrested and are under investigation for driving whilst over the alcohol limit after a vehicle crashed on Sunday.

Police officers were travelling along the Dearne Valley Parkway following reports of a stolen vehicle when they found a Mazda that had flipped.

The injuries were minor, but police said the accident could have been ‘so much worse’.

A spokesperson added: “This has then led to a lengthy investigation, once the health of the occupants had been sorted – but it could have been avoided.

“If they hadn’t got in the car having had an alcoholic drink, we could have been targeting those criminals who cause such hurt across our communities.

“Yet we were mopping up after another avoidable incident.

“Let us crack on with targeting those criminals which some repeatedly say we should be.”