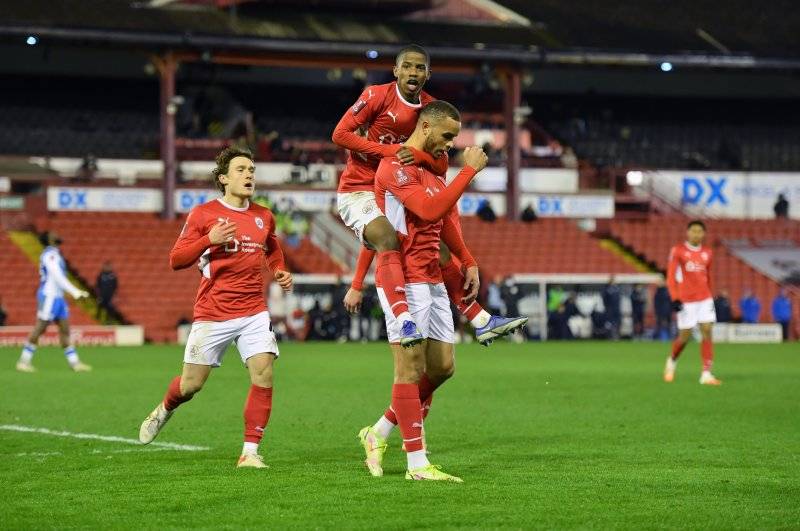 BARNSLEY started off 2022 with an FA Cup win at home to Barrow in a nine-goal thriller.

The Reds, who are now in the hat for tonight’s fourth round draw, were very lucky to win the game with the final score finishing 5-4 after extra time.

It’s the first win in Poya Asbaghi’s reign as head coach, and he’ll hope the much-needed win will give the team confidence - though the manner of the victory is likely to raise more questions than answers.

Mads Andersen headed in his first goal of the season half way through the first half following a Callum Styles free kick.

Barrow’s Tom Beadling was sent off for a poor challenge on Romal Palmer, just minutes after the forward thought he deserved a penalty.

Just before half time Jordan Williams doubled the Reds advantage to make it 2-0.

With the Reds in a commanding position - two goals up with a man advantage against a League Two team - they should have really gone onto win the game convincingly. But Barrow, who were backed by more than a thousand travelling fans, came out fighting.

An Ollie Banks thunderbolt from 30 yards grabbed one back for the away side, before Glennon equalised on 79 minutes.

That was the start of a flurry of goals in the final ten minutes.

Devante Cole curled in a delightful effort from outside of the box but Jones equalised once again just three minutes later.

Substitute Carlton Morris must have thought he had won the game as he put the Reds in front again in the 88th minute, but just a minute later and ex-Red Josh Kay fired past Jack Walton in a miraculous recovery.

The game went to extra time and Morris, who Asbaghi said he wanted all of his players to play like, grabbed his second of the game to make it 5-4, and that’s how it finished.

Questions will be asked of the defence in this game as they conceded four goals at home to a ten-man League Two side who had scored none in their last five away league games.