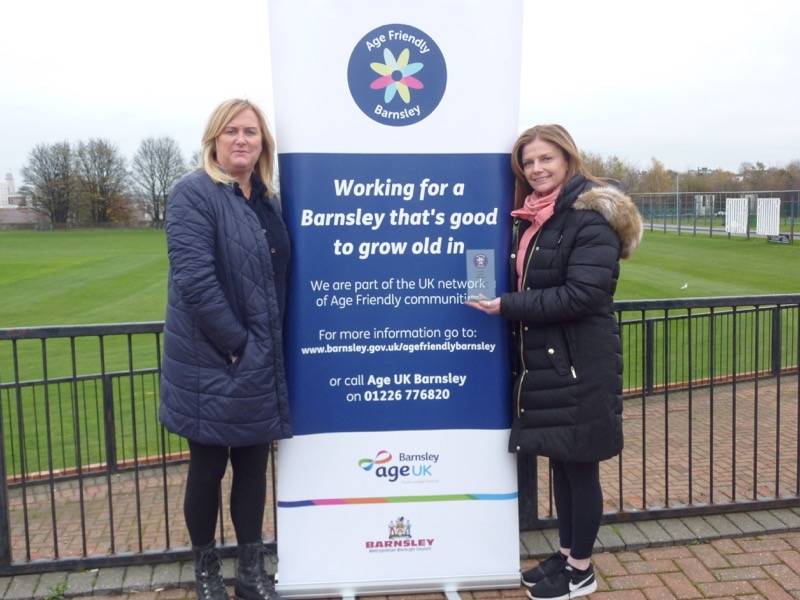 A LOCAL fitness instructor has won the Age Friendly Barnsley award after years of hard work.

Bronia Warden has been active in the town for many years, providing ‘Healthy Bones’ sessions to prevent older people from having falls.

In 2020, around 13,000 people in Barnsley aged over 65 had a fall and around 1,500 of those people were admitted to hospital – this figure is likely to rise due to people being less active during the pandemic.

Bronia hopes to lower these figures by supporting residents – and she’s currently delivering the sessions across the borough.

She is also working as part of the Barnsley Older People Physical Activity Alliance (BOPAAA) – a scheme commissioned and funded by the council to tackle what is a growing issue.

Jane Holliday, CEO at Age UK Barnsley, said: “Bronia has worked with older people for many years as a postural stability instructor.

“As a result of the pandemic her expertise is more valuable and necessary than ever.

Wendy Lowder, executive director of adults and communities at Barnsley Council, added: “Having joined one of Bronia’s groups previously the exercises start from where people are at, building confidences and strength but also connecting people and building new relationships.

“I’d recommend anyone to take a step, join a group you won’t be disappointed.”