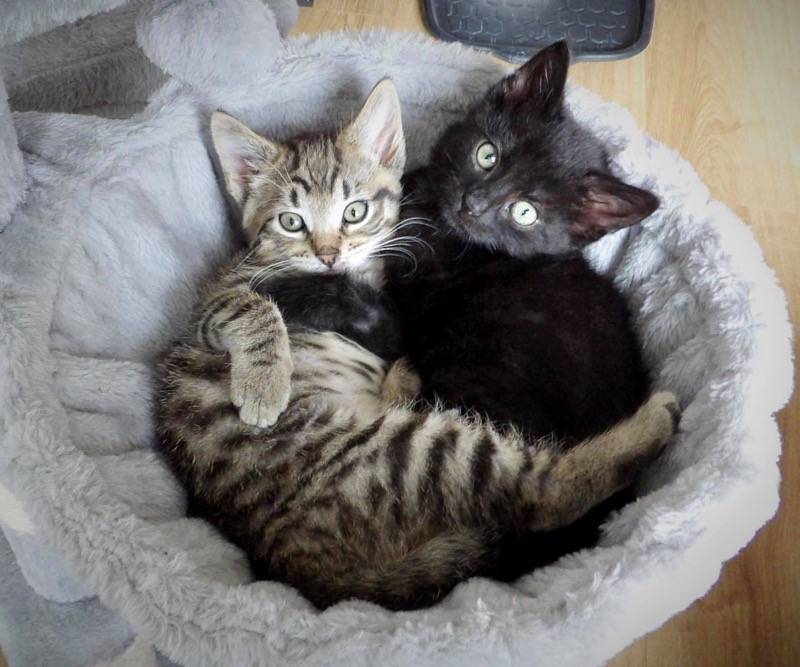 THREE out of four kittens that were tied into a carrier bag and thrown over a six-foot wall into Barnsley Cemetery have died.

The RSPCA last month issued an appeal to find the ‘callous’ person who had committed the act and said the four kittens were lucky to be alive after they were left for dead.

The kittens were found after 56-year-old Tracey Baker saw a ‘tightly tied up’ bag and assumed it was rubbish, on October 6.

But her rottweiler-cross Dave wouldn’t leave it alone so she went to investigate – she opened the bag and found three ‘terrified’ kittens, and inside was a smaller carrier bag containing a fourth kitten.

Despite round-the-clock care and a ‘supreme effort’ by veterinary surgeons at Abbey Vets, three of the four kittens died.

An RSPCA spokesperson for the Barnsley district said: “The kittens were rushed to Abbey Vets for an emergency appointment as soon as they were in the care of Barnsley RSPCA as it was clear they were unwell.

“One kitten had a severe respiratory infection and was placed on the appropriate medication.

“One kitten had a badly damaged leg and all four kittens were underweight and small.

“Over time, it became apparent that although they improved from their initial complaints, they were not thriving as they should and were suffering with diarrhoea.

“They were taken in for more appointments where further medications were given and tests were carried out.

“It became apparent that they had an infection called campylobacter (a bacterial infection found in younger cats and dogs who are at greater risk from the disease because of their underdeveloped immune systems).

“Unfortunately, despite the best efforts all round, they were unable to recover from this.”

RSPCA chief inspector for South Yorkshire, Lyndsey Harris, has been on the hunt for the ‘callous’ person responsible for dumping the pets and is asking for local residents to supply any information that they might have.

She said: “These defenceless kittens were discarded like rubbish.

“It was a stroke of luck that they were sniffed out by a dog out walking.

“It’s always heartbreaking when I deal with abandonment.

“We are seeing increasing numbers of cats and kittens coming into our care.

“Perhaps in this case the owner decided the kittens would be too much work for them so instead of being responsible and contacting a rehoming charity for help they callously discarded them and left them to die.”

Anyone who can help or recognises the kittens and can identify the owner should call the RSPCA appeal line on 0300 1238018.

The only remaining kitten, tabby Klaus, has now become ‘best friends’ with a female kitten who was found alone on the streets at only three weeks old.

They are now ‘inseparable’ and will be rehomed together.