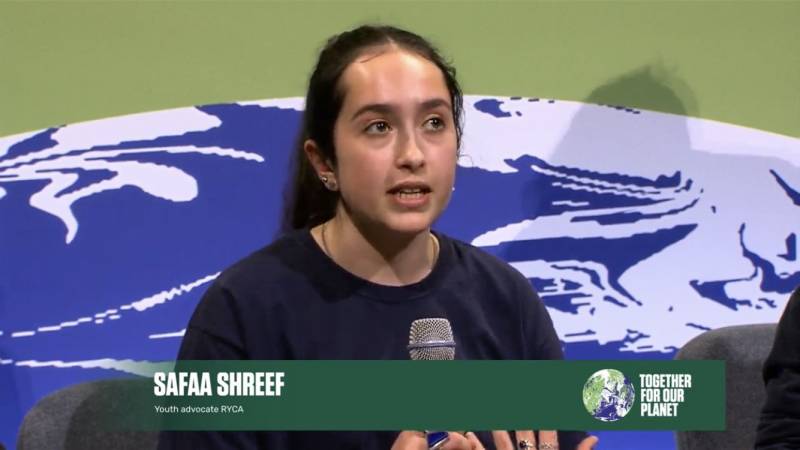 A MEMBER of Barnsley Youth Council had the opportunity to speak at the COP26 climate change change conference - but admitted ‘the sea of problems is nowhere near solved’.

The United Nations event, held in Glasgow, saw world leaders meet and speak on the vital work that needs to be done to address climate change.

It also saw Barnsley’s younger generation represented in the form of 17-year-old Safaa Shreef, a Youth Councillor and representative of the Regional Youth Climate Assembly, who spoke about a film she had a hand in making titled ‘The Ripple Effect’.

The film, shown at the conference, discusses how younger people are paying the price for actions that have, either presently or in the past, affected the climate.

Examples are the repeated floods the borough has been hit by - thought to have been once-in-a-lifetime events that are becoming more common, as environmental damage continues to be done.

“The opportunity to speak and answer audience questions made me feel empowered as I was able to voice my concerns and opinions without being ignored, without being just heard but listened to,” said Safaa.

“Nevertheless, COP26 has taught me not to stop fighting for our world after my small moment of spotlight, as the sea of problems is nowhere near solved.

“The opportunity to attend COP26 was fantastic, and I loved every moment - I leave Glasgow with hope, but still worry and fight as I prepare to push for the decided pledges to be fulfilled.”