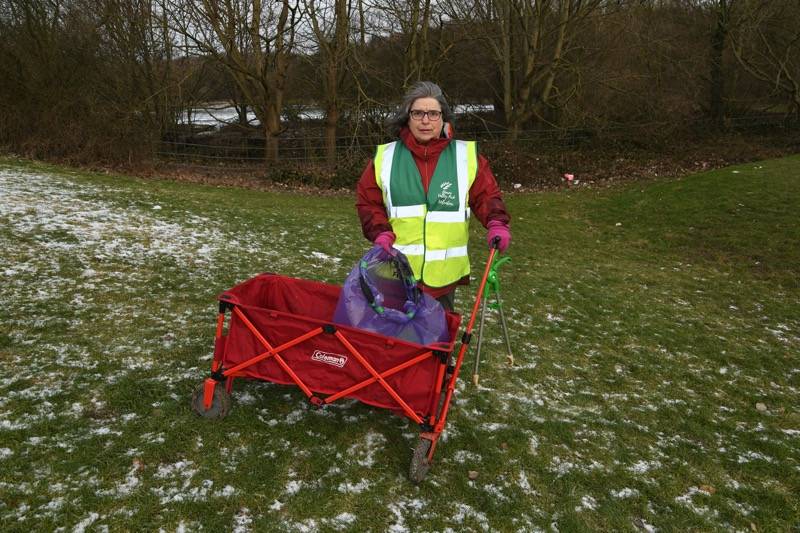 AFTER tackling a ‘problem’ litter site, one volunteer has revealed she is thrilled to see the park bouncing back and becoming a tidy place for families to enjoy.

Sarah Dewey, 63, has been an avid litter-picker for decades.

One of the first members of the Barnsley Main Heritage Group, Sarah has helped to restore and protect the former pit site alongside other volunteers.

She also created a team of litter pickers throughout lockdown with the aim of tackling Dearne Valley Country Park which she said had become a problem in the area.

“When we first started litter-picking, we were filling about four or five bags just in the car park, so litter was definitely a problem,” said Sarah, from Smithies.

“I think it put a lot of families off going to the park because the litter was so unsightly.”

Sarah and her team of 50 volunteers have been hard at work throughout the past year, and have helped to clear the site of litter – and her actions earned her a place on this year’s Proud of Barnsley shortlist in the Love Where You Live category.

Now, the park has become a clear and safe space for families.

“It’s funny, the other day I went down to the park and I was walking around thinking ‘where is the litter?’

“The park looks so much cleaner now and I have seen so many families there.

“I think what’s been happening is that the volunteers pop down and do a smaller pick, and the litter is being collected more often.

“Also I think that visitors are seeing the park look so much better and it’s encouraging them to use the bins and not leave their litter behind – so it’s coming full circle.

“It makes me feel really proud of what we have done because before it wasn’t a very nice place but now it’s definitely a lovely place to be.

“I believe we should all look after our green spaces because they are there to be enjoyed by everyone. If you make rubbish when out and about, either bin it or take it home.”