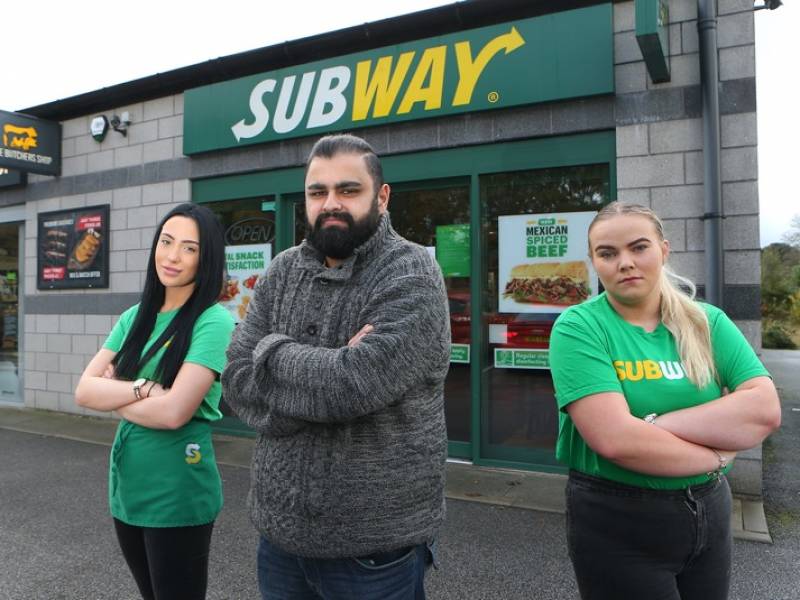 STAFF from a popular sandwich shop have thanked their local community for rallying around them in their time of need following an arson attack last month.

On October 13, the Subway store in Stairfoot became the target of an arson attack.

The bins behind the shop were set alight and the fire quickly spread up the wall of the building.

The fire was discovered by a passer-by, who alerted the emergency services – an act franchisee Sunil Meehan credits with saving not only his business, but surrounding stores.

““The shop is connected to another two shops, and Jewson is behind us,” he added. “If the dog walker hadn’t seen the flames, the fire could have ripped through three businesses.

“I dread to think what could have happened, and I would like to thank the dog walker for their quick actions to stop the fire being even worse.

“We have been here for eight years and have never had any problems – it’s such a shame that something had to happen just as we are coming out of the pandemic.”

After the fire, Sunil issued a social media appeal to help find the people responsible for the fire and says he has been ‘blown away’ with the response from the community.

“At first I was very angry,” added Sunil. “But everyone on social media were so supportive and it really blew me away and changed my perspective.

“I went to the shop in the days after the fire and found more than 200 well wishing cards pushed through the letter box – it was really humbling to realise that our community had our backs.

“We spent the pandemic helping to feed those in need and providing warm meals to emergency service workers and the fire felt like a slap in the face.

“I really wasn’t expecting the response we have from the community – it’s restored my faith in good people.”

Sunil revealed that the teenagers responsible for the fire have been identified, but that he hopes to work with them to help them learn from the experience.

“I don’t hate them, I want to help them to grow into better adults,” he said.

“I don’t think one mistake made when they are young should ruin the rest of their lives.”