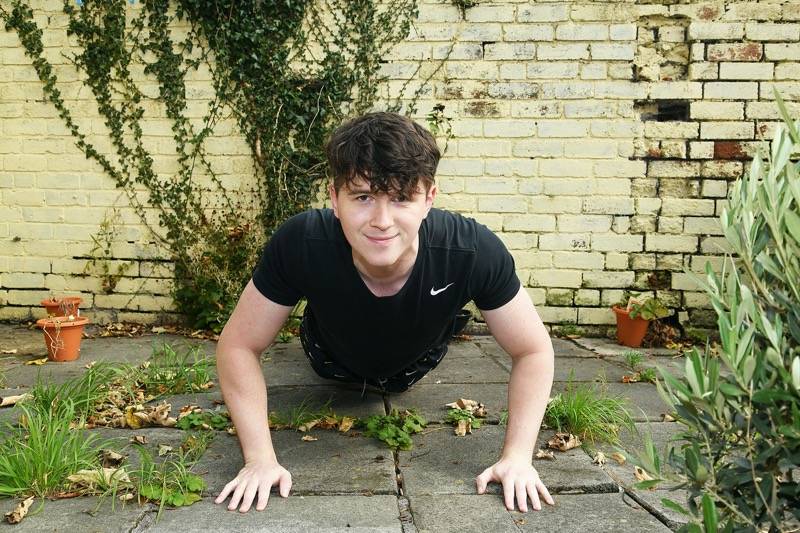 A BARNSLEY man determined to keep up his fitness has teamed up with a friend to raise money for Teenage Cancer Trust.

Will Palmer, 23, of Summer Lane, has been hitting the gym almost every day for the past few years – but now he’s wanting to help others while keeping fit.

The dad-of-one has teamed up with his school friend and gym partner, 23-year-old Kristian Purves-Broadhead, and they’ll each be doing 100 press-ups every day for charity.

Will told the Chronicle: “I originally saw a Facebook group set up by Teenage Cancer Trust to do 3,000 press-ups in a month.

“I’ve always been very familiar with the charity as at school we has a similar campaign called Do It For Dawson and so I thought it would be a great idea.

“The fact that I can combine keeping fit whilst also raising money for a really good cause is an added bonus.

“We originally set a target of £200 but that was hit almost instantly so we’re now trying to raise as much as possible.

“The support so far has been fantastic and I can’t thank everyone enough.”

Will is going to be sharing his fundraising journey on social media site TikTok – and you can follow it by searching ‘Will Palmer’ on the app.