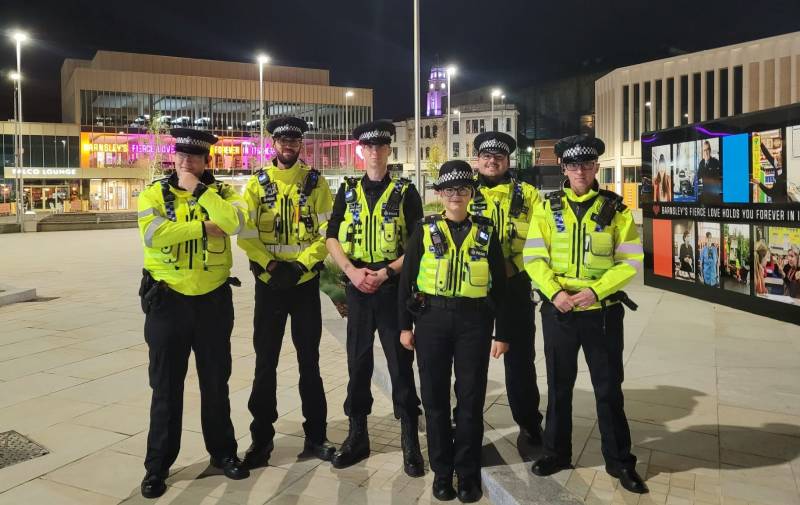 Two people were stopped and searched under the Misuse of Drugs Act after causing issues for security issues at the Superbowl.

Another person was removed from the Town Centre by officers after causing a nuisance on Eldon street.

A spokesperson for SYP Specials: “Barnsley Special Constabulary will continue to support the Central Neighbourhood Policing Team in policing Barnsley Town Centre with patrols and operations.”