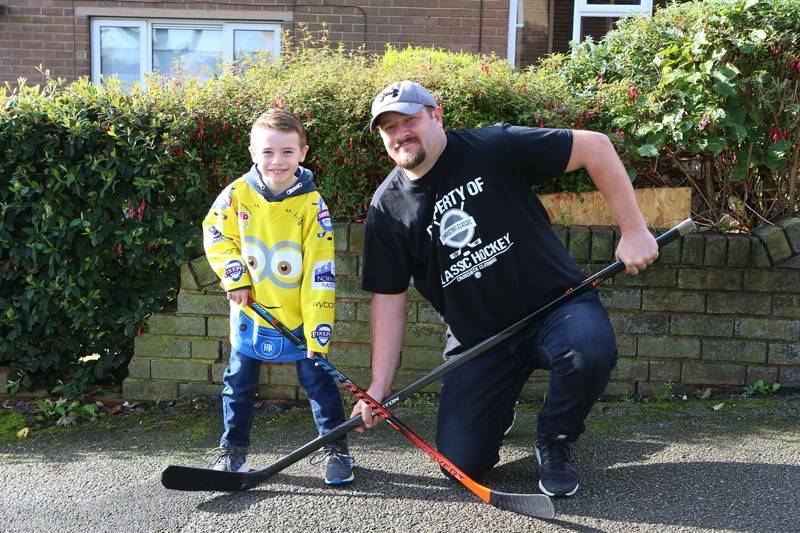 HIS fundraising efforts may have been put on pause but one ice hockey fan won’t let it slow him down.

Matthew Newton, 38, has organised charity ice hockey matches for the past six years.

His efforts have helped to raise more than £100,000 for various local charities – something which has earned Matthew a spot on our Proud of Barnsley shortlist.

Despite the setbacks caused by the pandemic, Matthew remains hopeful that he can put together another charity match next year.

“Every year I try and do a summer match and a Christmas match with the aim of raising as much money as possible for various charities,” said Matthew, of Lilac Crescent, Hoyland.

“The last match we held was at Christmas in 2019 and we raised almost £28,000 for charity which was amazing.

“I had started planning last year’s event when the pandemic his, and things have slowed down from there but I am raring to get another event organised because I know charities have missed out on lots of money.”

Matthew has his sights set on a Christmas event which he hopes will be held at Sheffield Ice.

The events bring supporters from all over the country, something Matthew hopes can resume soon.

“I have been an ice hockey fan all my life and I have met some really good friends through the sport,” he added. “The matches really bring people together and I know people have a laugh too.

“The Christmas event is always in aid of Sheffield Children’s Hospital because I spent some time there as a child, and my children have been treated there.

“One silver lining is that I have a while to plan the event, so hopefully we can come back with a bang.”

Matthew is one of our finalists in this year’s Proud of Barnsley awards – each week our finalists will be showcased in the run up to the final in November.