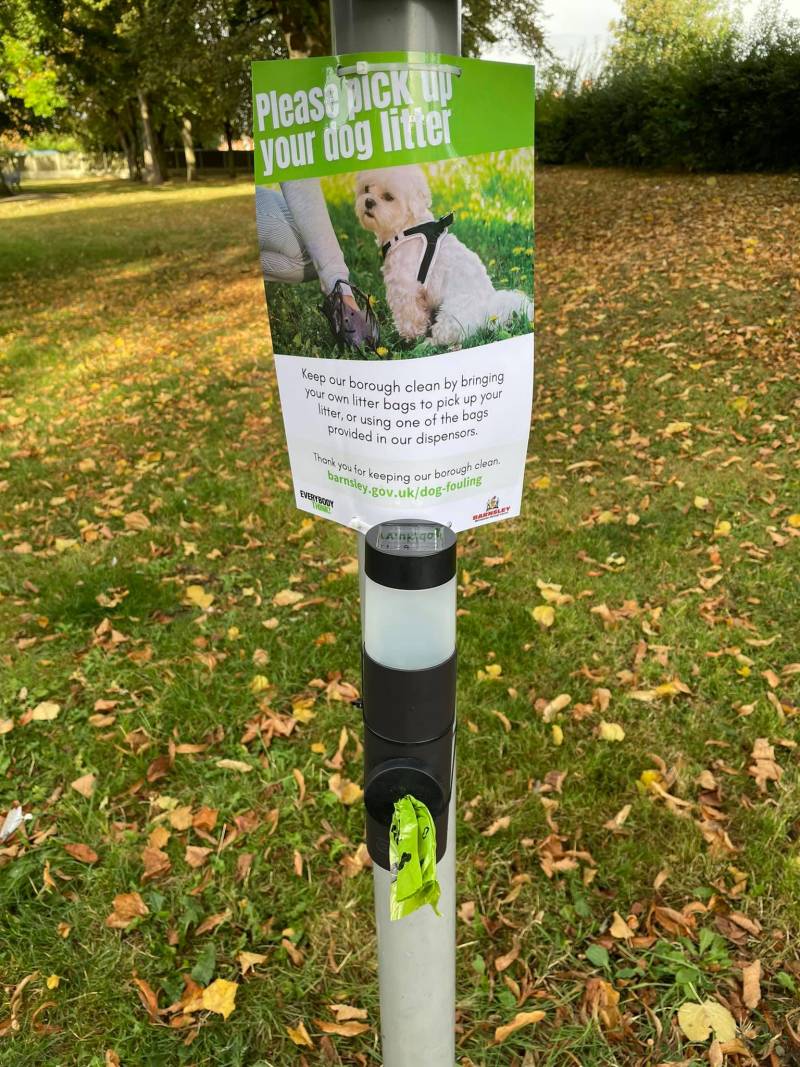 DOG owners across Thurnscoe now have no excuse for failing to pick up after their pet, as dog waste bag dispensers have been installed throughout the park.

The initiative has been spearheaded by the Dearne Area Team and aims to tackle the issue of dog fouling in the area.

In March, the issue became the focus of a borough-wide Public Space Protection Order (PSPO) which was granted by cabinet members.

Part of the PSPO requires dog owners to remove dog waste from any public open land – a failure to do so could result in a fine.

Now dispensers have been installed within Thurnscoe Park to aid owners in picking up after their pet.

A spokesperson for Barnsley Council said: “If you don’t clear up after your dog we can issue you with a fixed penalty notice of £50 or prosecute you in the Magistrates’ Court where you can be fined up to £1000.

“Please make sure you worm your dog every six months and don’t walk it where children play.

“Dog faeces can cause an infection that could lead to blindness in children.”