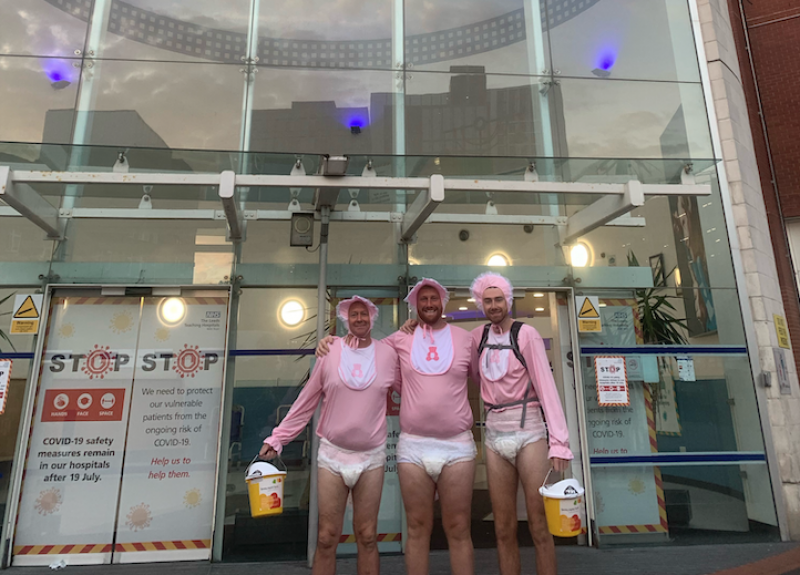 A DAD who completed a mammoth walk dressed as a giant baby to raise funds for the hospital ward which supported his premature daughter presented staff with a cheque.

Ben Haywood – whose daughter Arabella was born at 32 weeks, and is now a healthy eight-week-old – completed the 32km walk from Leeds to Barnsley last Saturday and presented Barnsley Hospital’s neonatal unit with a cheque of £3,659 this week.

The proud dad, along with his brother Joe and dad Dave, completed the walk in just over seven hours but the trio – all kitted out in giant baby costumes – encountered an unexpected turn along the way.

Ben said: “We’d been walking about an hour and were on the outskirts of Leeds, we took a wrong turn and ended up having to walk down the side of the motorway to get back to where we should have been.

“So that was interesting and we ended up walking around 35km because of that detour.”