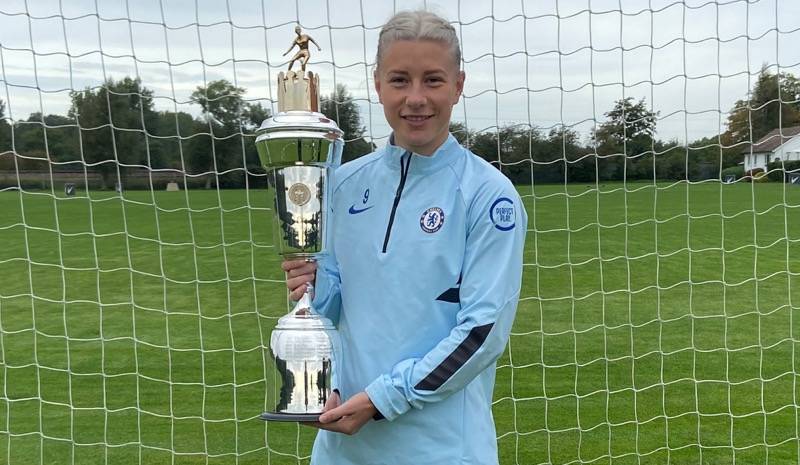 BARNSLEY’S first Champions League finalist has been nominated for a Proud of Barnsley award in a year which has seen her win her second Women’s Super League title.

Kingstone-born Bethany England has picked up numerous accolades in the last year-and-a-half, having won player of the year, alongside the women’s Super League and League Cup with Chelsea.

The 27-year-old has been capped ten times for England since 2019 scoring twice – once against Brazil and once against Czech Republic.

It wasn’t an easy start to Bethany’s footballing career though as she recalled losing 21-0 whilst she was playing with the boys’ team – but since then she’s gone from strength-to-strength.

Her mum, Lisa, who still lives in Kingstone, told the Chronicle: “She started playing football when she was seven with her twin sister Laura.

“They got invited to play for the Junior Tykes boys’ team and they absolutely loved it.

“She went to Sheffield United academy when she was about 12 or 13 and that’s when you could see the real potential she had.

“She ended up going to Doncaster Belles when she was 16 and I think that’s when she realised becoming a professional footballer is what she wanted to do.”

Bethany scored 21 goals in 24 games in the 2019/20 season and scored 12 goals last season, though she was often used as a substitute.

Her mum says she’s more proud of the person she’s become though – and that her determination has pulled her through tough times.

“She had a fantastic year the year before last and everything was going really well – she was really confident in herself,” she added.

“But last year she had her appendix out in pre-season and didn’t really get going – there’s so many mental challenges as well as physical ones.

“She’s had a great pre-season this year though and she’s really pushed herself.

“I’m more proud of her for the way she acts off of the pitch.

“She’s good with the fans and conducts herself really, really well.

“Mentally she’s so strong and I’m so proud of her.”

Bethany has been nominated in the Sporting Achievement category.