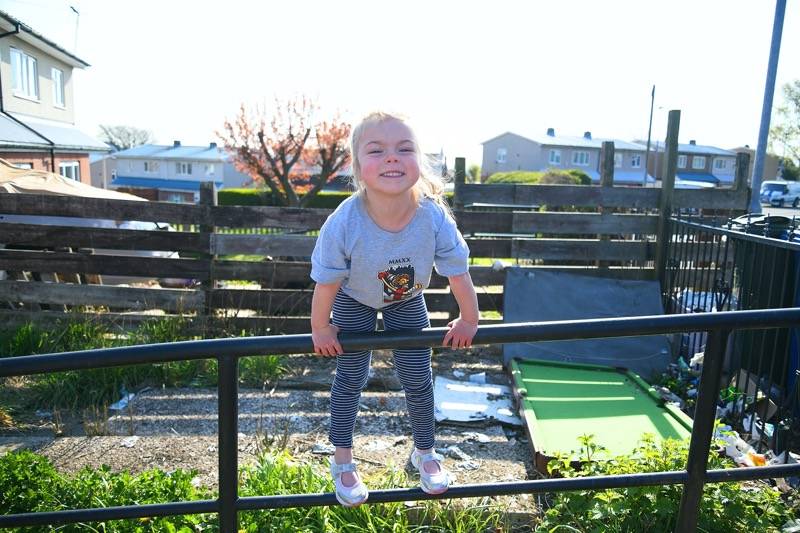 A CYCLING-MAD Barnsley youngster who raised more than £2,500 for a mental health charity has been nominated for a Proud of Barnsley award.

Chelsea Ellis, four, started to raise money in January alongside her mum, 27-year-old Keeley, but decided to do her own charity work in March and April, cycling 100 miles each month to raise money for Rethink Mental Illness.

She decided to raise the money for that charity after her mum told her how they helped her when she was younger.

Chelsea had originally set her target of £200 – but she smashed that in a matter of days.

Her mum said: “When we went into the first lockdown we were obviously stuck in the house but we went walking whenever we could – that’s what got us into the fundraising.

“We then started looking at what we could do for charity and she decided that she wanted to cycle 100 miles in March to raise money for Rethink Mental Illness.

“She ended up doing it in April as well and she raised nearly £3,000 in the end, smashing her target.”

She’s not stopped there as Chelsea is set to start another fundraiser – swimming and riding her scooter for the next month.

“Chelsea had a little break but now she decided that she wants to help some other children,” she added.

“She’s going to be riding her scooter and swimming from Sheffield Children’s Hospital – which is close to my heart – and is set to start on August 10.

Upon hearing of her daughter’s nomination in the Young Superstar category, Keeley added: “I couldn’t be any prouder of her – she’s going to be so happy when she finds out she’s been nominated.”

To nominate someone for a Proud of Barnsley Award emailch@barnsley-chronicle.co.uk.