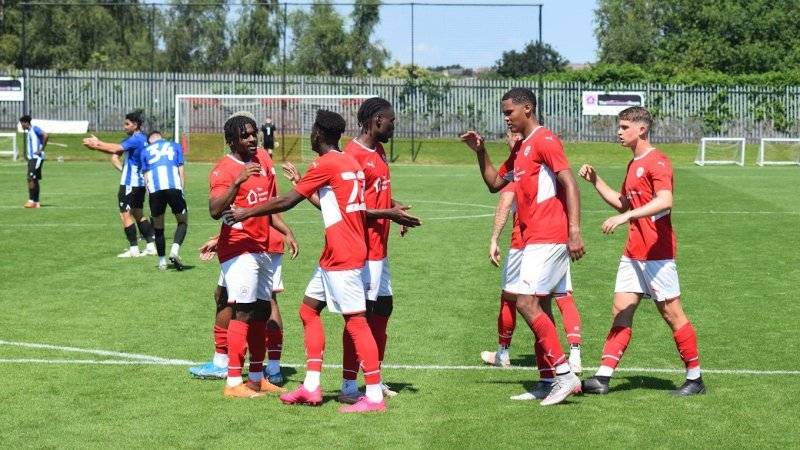 BARNSLEY defeated local rivals Sheffield Wednesday in the second of their pre-season games this weekend.

The Reds opened the scoring midway through the first half after Owls keeper Cameron Dawson fumbled in Jordan Williams’ 25-yard strike.

It remained 1-0 to the Tykes until Clarke Oduor fired home from close range to double Barnsley’s lead.

New manager Markus Schopp said he was pleased with the team’s performance, and he feels the Reds are heading in the ‘right direction’.

He added: “It is always important to get a good result but, on the other hand, we are in the third week of pre-season.

“We had some aims that we wanted to achieve and with the weather we had it was not that easy but I think we are going in the right direction.

“It was a good test against a good team so I take a lot with me.”