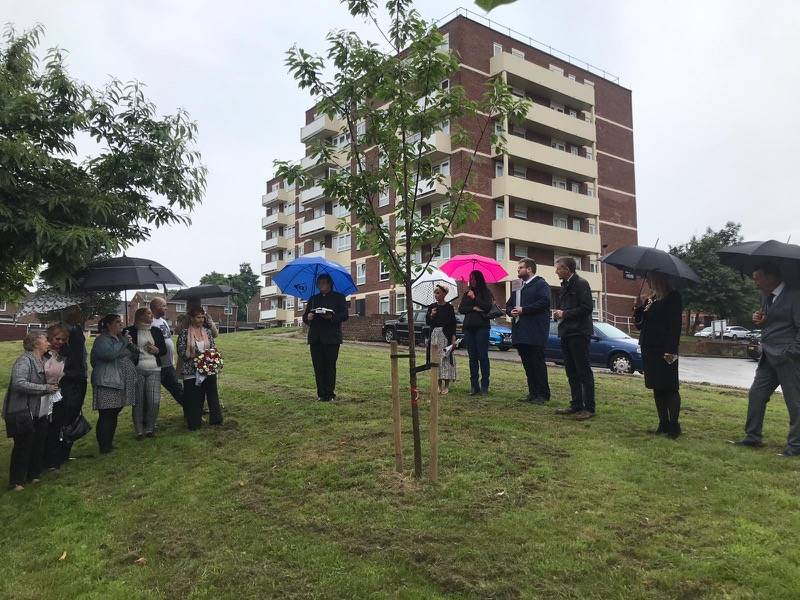 A MEMORIAL has been created for a long-standing councillor who died earlier this year.

Doug Birkinshaw represented the Central ward for 12 years and was the chairman of the local authority’s planning board.

He died in March following a period of illness but leaders in the town came together on Union Street, Barnsley, on Saturday to unveil the memorial plaque which is on a tree planted in his memory.

Barnsley Central MP Dan Jarvis said: “I was honoured and humbled to be able to commemorate the life of my late friend and colleague Coun Doug Birkinshaw and unveil a memorial plaque in his memory.

“Doug was a dedicated servant of the people and communities of the Central ward throughout his 12 years on Barnsley Council.

“He was a popular and well-regarded figure in the town hall and was hugely passionate about conserving our green spaces through his work on the Peak District National Park Committee.

“He will be sorely missed by his very many friends, colleagues and constituents.”

Mayor Coun Caroline Makinson added: “I’d like to express a heartfelt thank you for my invitation to the memorial event last Saturday.

“It gave me an opportunity both personally and on behalf of Barnsley Council to pay tribute to our former colleague and good friend.

“Covid-19 restricted the send-off we would have liked to have given Doug, but the memorial along with the tree dedication will hopefully give Doug’s family a place to reflect when they need it.”