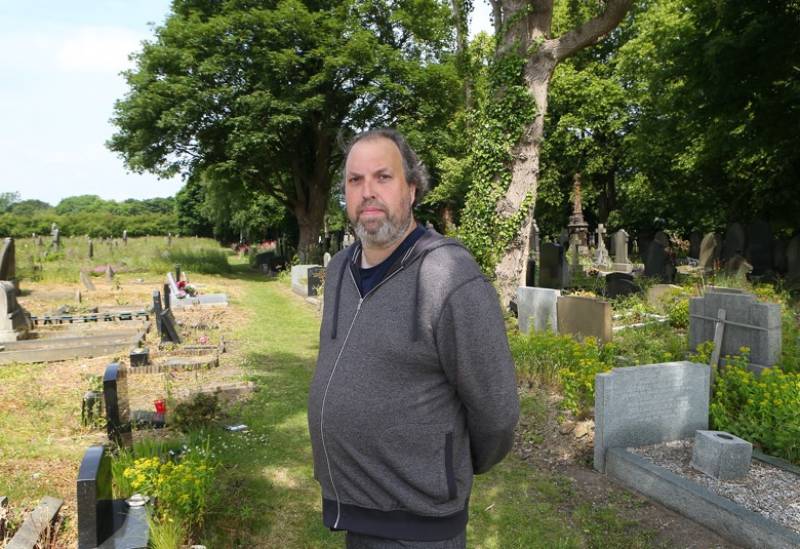 A DEDICATED gardener who hasn’t let lockdown slow his efforts to spruce up a Birdwell graveyard has been nominated for a Proud of Barnsley Award.

Jez Cornfield, 43, never intended to clear the whole graveyard when he removed leaves from around the graves in September but was inspired to give the site a facelift when he saw an elderly man clamber over the overgrown path to visit the grave of his wife.

Jez felt the site had been neglected and set out to brighten up the area.

“I just wanted to show some love to the graveyard because it was really badly overgrown,” said Jez, of Osprey Avenue, Birdwell.

“I got together a group of volunteers and we would work long hours during the winter to cut back all the weeds and overgrown bushes. It was really difficult work but I didn’t want the elderly man to have to climb over things to get to his wife’s grave anymore.”

The team were still met with opposition along the way.

“We have had people tell us that we are breaking lockdown rules because there was a small group of us,” added Jez. “But the way I see it is that we were outside, all socially distanced and we were working to make the community better.

“Personally I would have been upset if one of my relatives was laid to rest in that graveyard because we found an old mattress in there and plenty of beer cans. Now with the work of the volunteers we have made it a bit easier for us this coming winter so we can keep going with our work.”

The team have fundraised more than £1,000 to help towards costs – and they hope to employ a gardener to help continue their work.

For his hard work, Jez has been nominated for a Proud of Barnsley Award in the Love Where You Live category.

“I never set out to do this for the recognition but I would like to thank whoever nominated me. It’s really lovely to see that what we have done is appreciated.”

To make a Proud of Barnsley nomination email ch@barnsley-chronicle.co.uk.