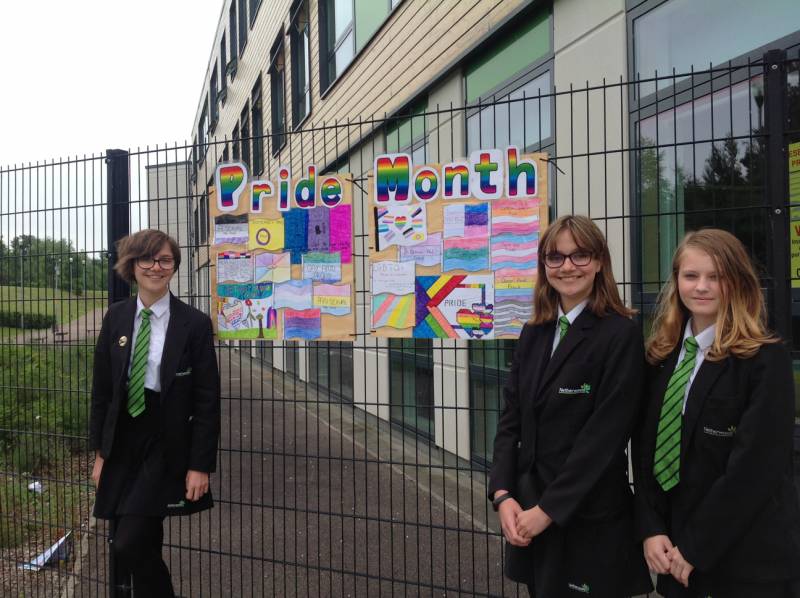 STUDENTS have been encouraged to learn about the history of the ‘Pride’ movement and organised their own ‘parade of events’ to support LGBT Pride Month.

Youngsters on Netherwood Academy’s student council have engaged in flag designing, baking and badge-making to raise funds and awareness of Akt – a charity which supports young LGBT+ people who are at risk of hostility or homelessness.

The students are learning about the Pride movement, that has its roots in marches organised in 1960s America which would morph into the more widespread events seen today.

Student Kyla Burgess, said: “There is a lot of pressure sometimes to be someone who you are not, it's important that everyone can just be themselves.”

Staff are dedicating time in lessons to topics including being transgender and how to be an ally to LGBT+ friends and family.

They will also watch a specially-made film by Nana and Marilyn Sane, two drag queens who speak movingly about feeling like you’re different while at school.

Lisa Hamstead, leader of curriculum for personal development at Netherwood Academy, said: “Our student council was incredibly passionate about celebrating Pride Month, and showing solidarity for their peers and young LGBT+ people.

“It’s been a privilege to support them in launching this programme of events about a cause they clearly care deeply about.”